Pol Maj Gen Phanthana Nuchanart, deputy commissioner of the Immigration Bureau, said police arrested Shao Xiaobo at a rented building in Bangkok’s Sutthisarn area on Wednesday. The building was the office of a commerce association, whose name police withheld.

The deputy immigration police chief said while police were rounding up criminal suspects to ensure security ahead of the Asia-Pacific Economic Cooperation summit later this month, they found data of a foreign-looking man who had a Thai ID card and two passports. Police suspected the ID card was fake, so arrested him.

The suspect denied the ID card was fake. He admitted that someone had advised him to buy one but he had not done so.

The Chinese man also conceded he visited the association building in a luxury car with a police motorcycle riding in front, but said his friend arranged for the vehicles.

Pol Maj Gen Phanthana said the police motorcycle was fake and the limousine was decorated to look like an embassy car, with two national flags on its bonnet, but its licence plates indicated it was a private car.

The suspect told police he planned to do business in the country and thus joined the association about three years ago. However, he had yet to start his business, the deputy immigration police chief said.

In his room at the association, police also found a military uniform with a badge showing the suspect’s Chinese name in English. Six guns were also found, although some were air guns.

The Chinese man was charged with making false statements and use of a fake Thai ID card. Police were checking if he had broken any other laws. 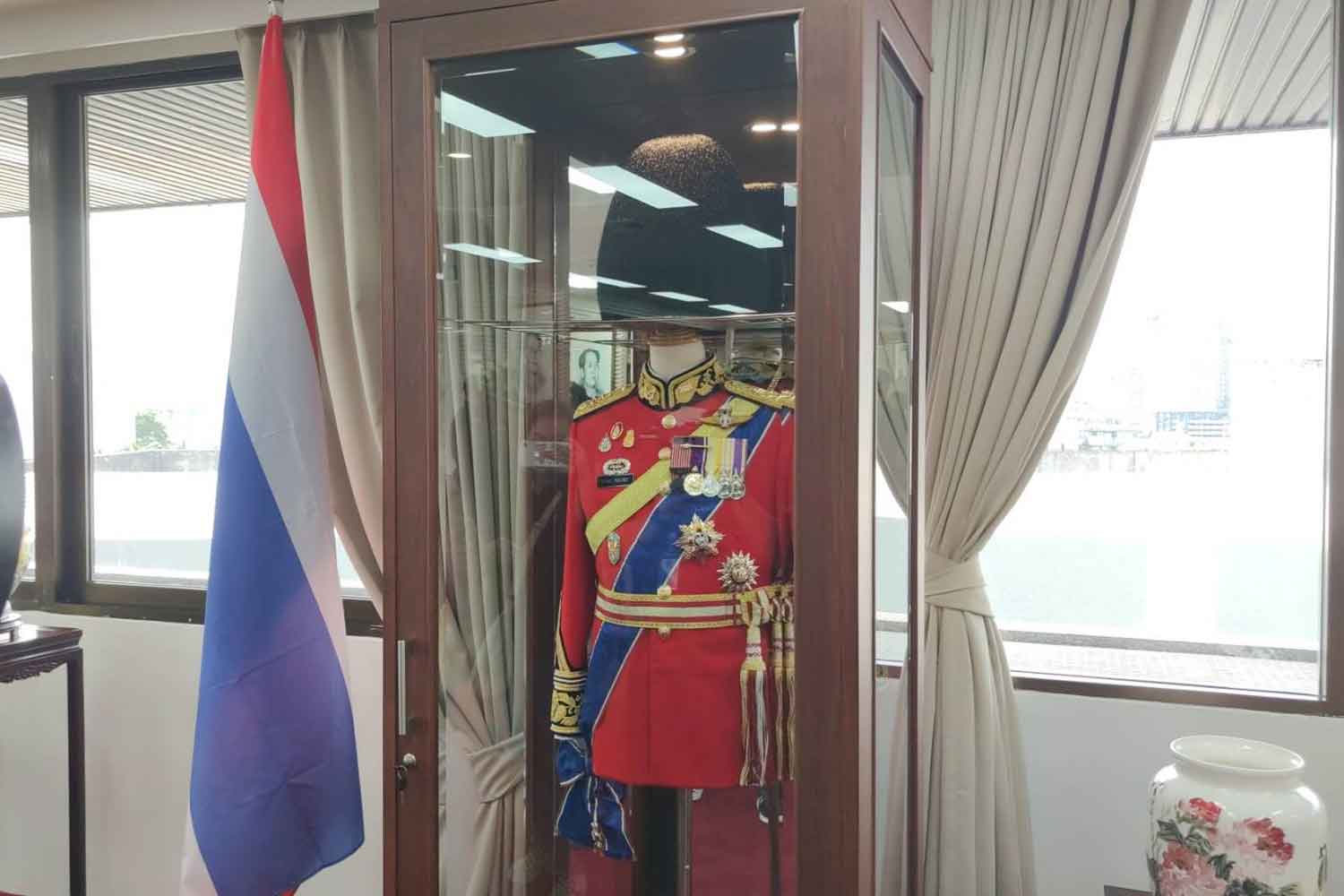 A military uniform with the suspect’s name badge. (Photo supplied) 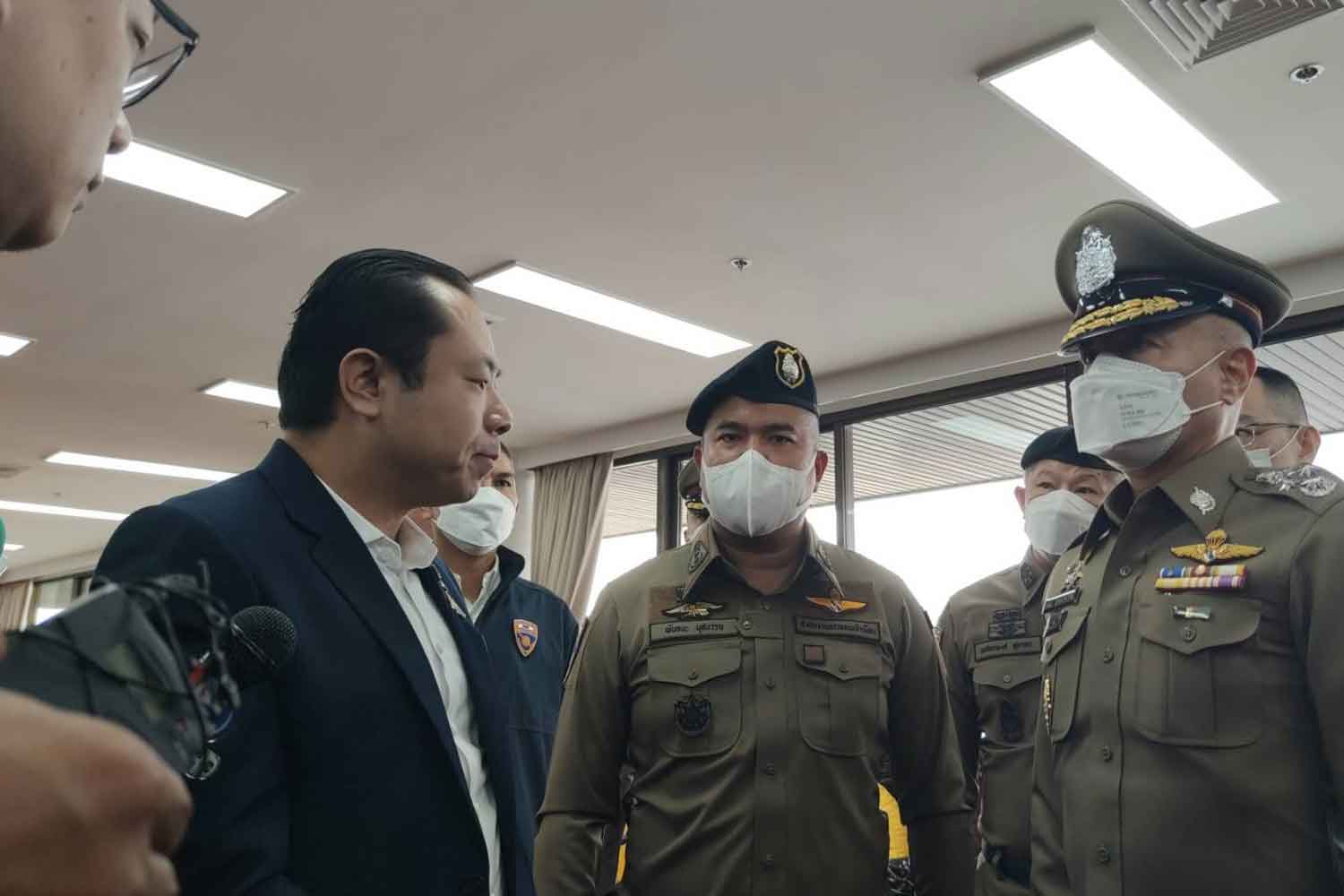 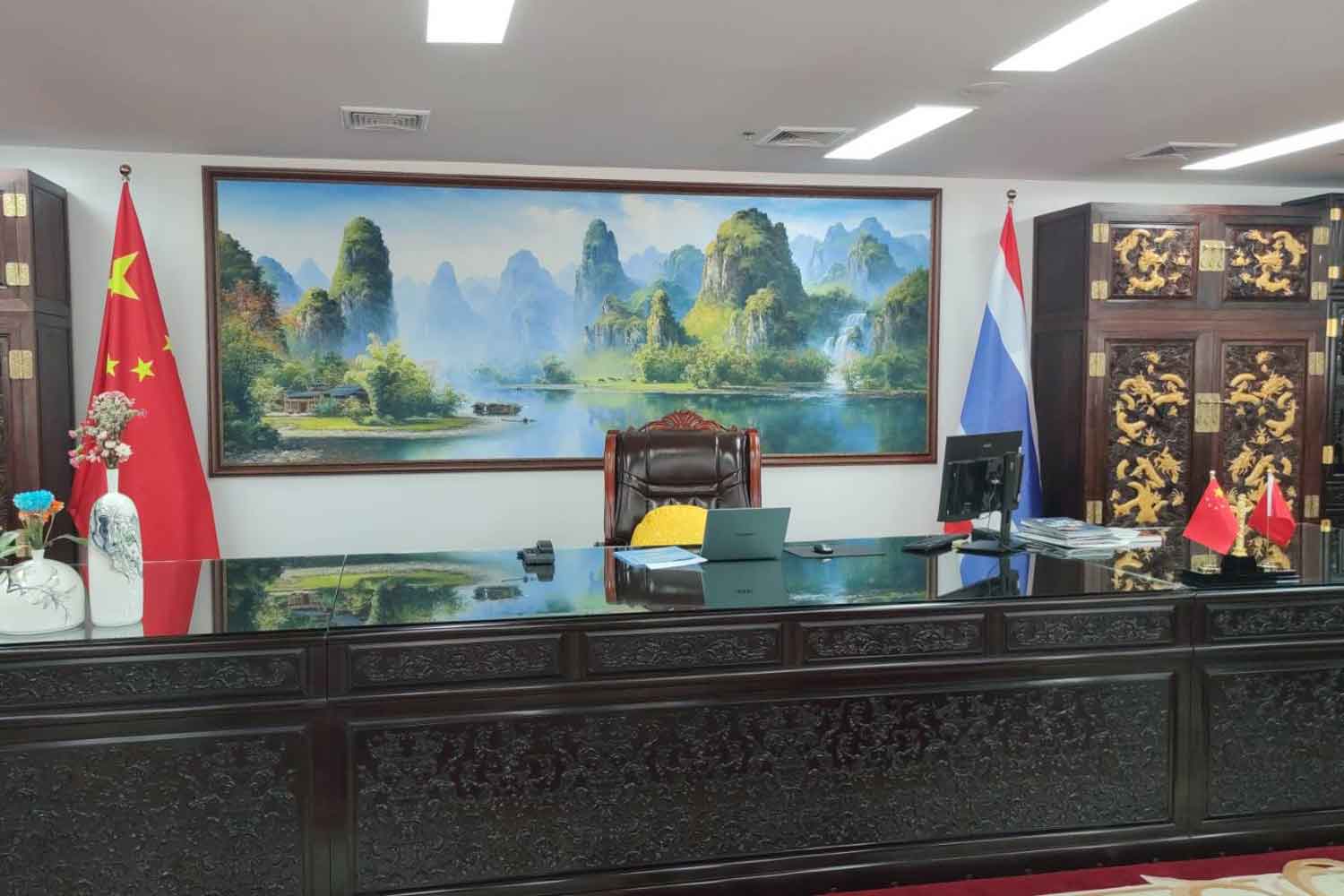 The suspect’s room at the association. (Photo supplied) 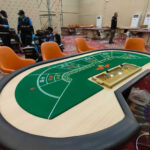 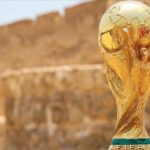