Among the tens of thousands of true-blue royalists massed around Bangkok’s Rattanakosin Island to witness yesterday’s royal procession were hundreds of foreigners, some with different perspectives of the occasion.

The summer heat did nothing to deter the enormous crowds of people, most wearing yellow shirts to show their loyalty to His Majesty King Rama X, as they lined both sides of the streets for a glimpse of him in the flesh.

The rare historical event naturally attracted many foreigners as well, among them Nina Charoenthawee, 56, an Australian who migrated to Thailand more than 30 years ago.

Hurrying to Rajdamnoen Road to see the procession, she told The Nation she was eager to witness history in the making.

“It’s a milestone in history,” Nina said, “and it’s an amazing time for Thailand with the new King. I think everyone is looking forward to a new era.”

Mila Van, a 28-year-old Dutchwoman who lives in Singapore, had come to Bangkok for the weekend and learned only after her arrival about the momentous event that was taking place. But she was delighted with her good fortune.

“It’s amazing. I feel lucky to be here at just the right time and have the chance to be in the event,” Van said as the crowd around her continued chanting “Long live the King” even after the royal procession had passed.

“This is better than going sightseeing around the old city or at old temples. This is real and it’s so spectacular!”

Van said she understood the importance of the King’s role in society. “That’s why he is so respected and loved by the people,” she said.

“It’s not just the procession and the presence of the King – it’s the vibe. It’s all these people taking part in it, wearing the same kind of clothes and looking forward to seeing their King. It’s extraordinary.”

The monarchy is one of the pillars of Thai society, Colombo said, and he could understand why Thais were willing to sit in the blazing hot sun to see the King in person, even for a few seconds.

Spaniard Alejandro, 21, who declined to share his surname, admitted he was excited to see the procession and the King.

“As an art student, I think this event is marvelous. I love to see the affluence on display with all the gold,” he said, referring to the ornately crafted palanquin on which His Majesty was carried.

“It’s a sight to behold for me. I’m from Spain and we also have a king, but I can tell there are some differences.” The Nation 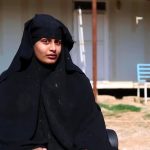 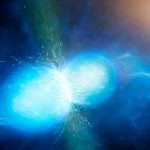