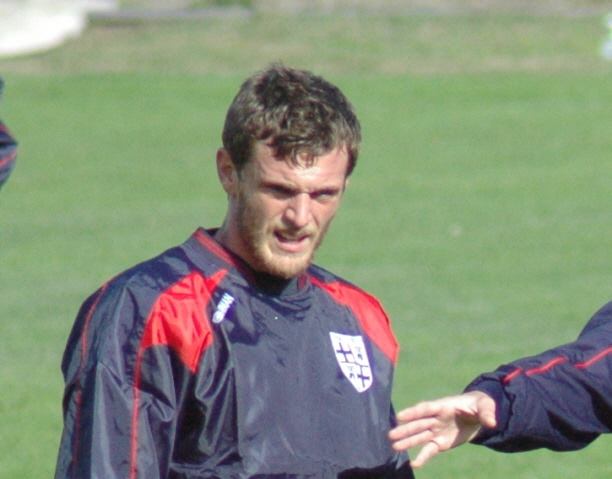 A former professional footballer was killed in a freak accident after being struck by LIGHTNING as he learned how to SURF.

Belgium midfielder Denis Dasoul, 33, had recently finished his career and moved to Melbourne, Australia – visiting Bali last week for a holiday to fulfil his dream of learning surfing.

He checked into a resort with girlfriend Pellaers Allison , 30, on Saturday and rented a board.

Denis paddled out with his instructor on Sunday afternoon – despite grey clouds and light drizzle overhead at the Batu Bolong beach in the Canggu district of the Balinese island.

At around 2.15pm horrified witnesses described seeing a massive bolt of lightning unexpectedly tear down from the sky and hit Denis close to the shore.

The sportsman – who starred in the Austrian Bundesliga, Italian leagues, and captained a Belgian international team – was killed instantly.

He said: ”Denis was a marvellous person who lived every day like It was the last.

”He was always smiling and joking. A very nice guy. He was in Bali for holidays with his girlfriend. This is a tragedy.”

Eyewitness Gede Sugeng Pitnawa Alit, 32, said he saw Denis and his instructor in the water as the lightning hit them.

He said: ‘’They were finishing their session and sitting up on their boards. Both men fell off their boards and sank into the water.”

Locals pulled the two men from water before an ambulance rushed them to hospital at around 2.45pm.

Police said that they believed Denis was killed instantly after being hit by the lightning.

They said that Denis’ chest had turned blue and his instructor’s left thigh also turned blue, believed to be from bruising.

Johannes H. Widya Nainggolan from the North Kuta Police Headquarters said: ”It was drizzling and the clouds were pretty dark.

‘’The victims were suddenly struck by lightning and died on the spot.’’

Police chief Putu Ika Prabawa added: ‘’This happened directly in front of the Batu Bolong beach temple. He died because of being struck by lightning.”

Denis captained the Belgium U18 national team and went on to play for teams including Genk F.C. and Bregenz in the Austrian Bundesliga as well as for Perugia Foggia and and Torres Sassari in Italy.

He finished playing professionally in 2011 aged 27 and moved to Australia for a new life where he set up home with girlfriend Pellaers, a project manager in Melbourne.

The club said in a statement: ‘’A tragic accident took away a loved one, Denis Andre Dasoul who was only 34 years old.

‘’Denis served for Torres in 2010 and 2011 and we are reminded of the great human he was and his professional qualities. To his family we send our most heartfelt condolences from the Torres Sassari club.’’ 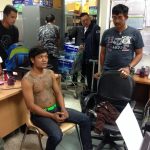 British tourist who claimed he was attacked actually jumped off hotel