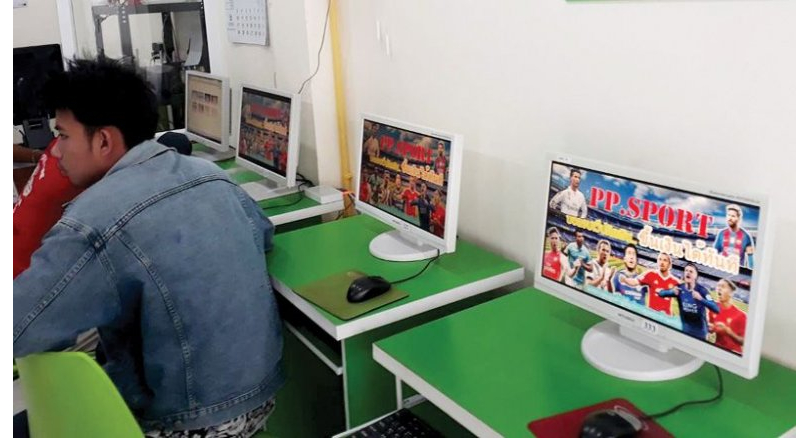 Police have issued second summonses for four “pretties” who were accused of posting statements to social media in attempt to persuade public members to engage in soccer betting.

The gambling promoters are being called in to testify and hear a charge, and failure to show up will result in arrest warrants being issued for them, Metropolitan police deputy commissioner Pol Maj-General Panurat Lakboon said on Tuesday.

Panurat reported that from June 14 until July 9 Bangkok police had arrested one bookie, 2,434 punters and eight ticket runners involved in physically gambling on football match results. For online football gambling during the same period, police arrested 39 bookies, 48 punters and 33 pretties or gambling promoters. Eleven of the 33 promoters had each been sentenced by a court to a one-year suspended jail term and a Bt1,000 fine for the offence of advertising to encourage gambling.

Punurat was speaking in his capacity as director of the city’s football-gambling suppression centre for the period of the Fifa World Cup 2018 tournament running until July 15.

He said that police have summoned a total of 37 pretties to hear the charge – of which 33 had appeared, while the remaining four had ignored their summonses. Police will now issue a second summons to them, with arrest warrants then being issued if the gambling promoters again fail to respond, he said.

The 37 pretties were among some 100 identified by police as offenders, and the remainder would be summoned eventually, Punurat added.