Police on Tuesday searched 11 locations linked to the two tour companies that are involved in two boat accidents in Phuket last week.

The searches were part of the police investigation into the suspicion that Lazy Cat Travel Company and TC Blue Dream Company – both legally registered – may have been involved in dubious operations including tax evasion, money laundering and so-called zero-dollar tours.

Tourist Police Division deputy commander Pol Maj-General Surachate Hakparn said that the searches were in response to allegations the firms were “foreign nominee” tour businesses. Other teams were checking on the condition of the boats and whether the accidents were caused by severe weather or other factors.

Using Thai nominees on behalf of foreigners to operate tour businesses in Thailand is punishable by three years in jail and/or a fine of between Bt100,000 and Bt1 million, according to the Business Development Department.

The accidents took place on July 5, when the Lazy Cat Travel Company’s Serenata and the TC Blue Dream Company’s Phoenix sank in the Andaman Sea off Phuket after they ignored warnings about rough seas.

Everybody on board the Serenata was rescued and survived, while 42 people on the Phoenix died and six others are still missing. Most of the victims were Chinese.

Zero-dollar tours, which are blamed for causing huge financial damage to Thailand and hurting its tourism image, are subject to an ongoing crackdown by Thai authorities.

Zero-dollar tour operators offer very cheap tour packages and then often coerce tourists into buying products at inflated prices once they are in Thailand. While the quality of the tour is often low, they also evade taxes through the use of shops and businesses in the same network. 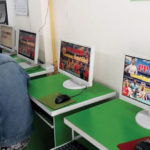