An ‘unruly’ passenger was arrested after apparently attempting to break into a plane cockpit and then trying to open one of the doors.

Witnesses said a flight attendant used a coffee pot to stop the traveller from continuing while the American Airlines plane was diverted.

The journey from Los Angeles, originally destined for Washington DC, instead landed in Kansas City on Sunday afternoon.

DC resident Mouaz Moustafa said an attendant was shouting at another crew member of the crew to turn the lights on – then the plane suddenly started descending.

He said several passengers rushed to the front of the plane to help restrain the passenger, who has not yet been named, and stop him from breaking into the cockpit.

‘It felt like the plane was free falling and many feared the worst because people weren’t fully aware of what was unfolding,’ Mr Moustafa added.

Pictures and videos from the scene show the man being held down and FBI investigators speaking to fellow passengers.

‘When people started standing up, I knew something was wrong,’ she told the Daily Beast.

Fellow passenger Jake Smith said he was starting to make his way to the toilet when he saw a flight attendant ‘running full speed down the aisle’.

After the flight was diverted the passengers were rebooked onto a new flight o Washington DC.

‘The flight landed safely at MCI at 2.28pm local time, and law enforcement was requested to meet the flight on arrival.

‘We’re grateful to our crew members, who are consistently dedicated to the safety and care of our customers and who handled the circumstances with the utmost skill and professionalism.’

Kansas City Aviation Department spokesperson Joe McBride said there was a ‘passenger interfering with the flight crew’ and said the FBI was now dealing with the incident.

The FBI said in a statement: ‘The flight was diverted due to an unruly passenger interfering with the flight crew.

‘The individual has been taken into custody. No further information is available at this time.’ 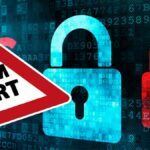 Scam victims told their investment will increase by nine fold