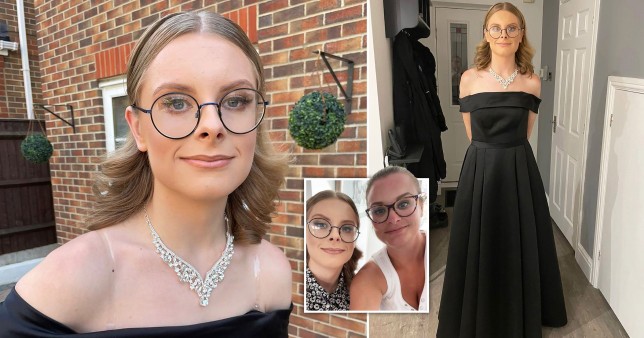 A teenager spent a year working up the courage to come out as gay by wearing a dress to his prom – only for his picture to be deleted from LinkedIn after others complained.

Justin Sedgwick, 16, received an overwhelmingly positive reaction from fellow pupils and teachers when he wore a classical black ball gown to the end-of-year celebration.

He’d decided to go to the Fareham Academy’s prom in the Angelina Jolie-inspired dress and make-up this time last year and spent the whole time planning the outfit.

Proud mum Jade Scotney, 34, said everyone was ‘welcoming and accepting’ when her son, who has autism, arrived at the event at the Solent Hotel and Spa, Hants, on Thursday July 22.

She took to social media to post pictures of Justin in his prom dress and share her delight for his big night.

But she woke up the next morning and was stunned to find LinkedIn had removed her post and blocked her profile.

But Jade said it was disappointing a small minority of people on the site had reported her for expressing joy at her son’s decision to wear a dress, when children at his own school had been so accepting.

She said: ‘It’s disappointing really, it’s crazy to think you’ve got all these kids who have just been so welcoming and accepting, and not batted an eyelid.

‘And then adults online are getting offended by it and reporting the post and getting it shut down.

‘I posted that evening before we went and by the next morning, I noticed it had been removed and my profile had been blocked.

‘They (LinkedIn) have apologised now, but they have not said why they took the post down.’

Justin, who came out as gay to his own family last year, said it was baffling to find out his mum’s post online had been removed.

He said: ‘I was disappointed when I heard it was taken down, just because someone doesn’t like it doesn’t mean that no one should see it. People need to accept it, whether they like it or not.’

Despite the problems online, Justin said it was an amazing night and he was glad he was able to be himself for the first time in front of classmates.

He said: ‘It was around about this time last year that I started getting into cross-dressing because I thought it was fun.

‘And when it came to my prom, I thought, “I’m just going to wear a dress”. I thought it would be great to show everyone that I can do that and show that I’m not afraid of being myself.’

He added: ‘I was definitely nervous about it, in the weeks leading up to the whole event, I kept thinking “what if someone says something?”, I thought that some people were going to be quite negative about it or be weirded out by it.

‘But that wasn’t the case, it was overwhelmingly positive, the staff and pupils were really complimentary, and it made me feel really welcome.

‘I was a bit surprised, but it was absolutely wonderful to see that people were accepting me.

‘I think I absolutely would do it again if I could, like at a wedding or a party or something like that.’

Jade, who runs her own company Rebellion Marketing, said as a family they were all very relaxed with one another about who they wanted to be.

She said: ‘It’s about a year ago when Justin first mentioned it and he came out as gay at the time, so that was the first time really.

‘Prior to that as a family, we’re quite open anyway, we’re just people, so there was no kind of big announcement or anything like that.

‘We were just sat down at the dinner table one night and he was like “by the way, this is how I feel”, and we were like “ok, fair enough”.’

Justin has also received support from his best friend, Alek, who arrived with him on the night of the prom, and the school’s headteacher Chris Prankerd.

Mr Prankerd said: ‘I think Justin’s brave decision and the reaction he received on the night goes to show what a good role model he is.’

LinkedIn meanwhile have apologised and admitted that they ‘made a mistake.’

A spokesperson for the company said: ‘We absolutely agree that diversity and inclusion should be embraced and encouraged, and we continue to work each day to make LinkedIn an inclusive and safe platform for everyone.’

‘We’re very sorry for these mistakes and are happy to see you celebrating Justin at prom. We are so glad he had a great night.’ 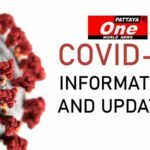 Covid symptom that only appears in people who have been vaccinated