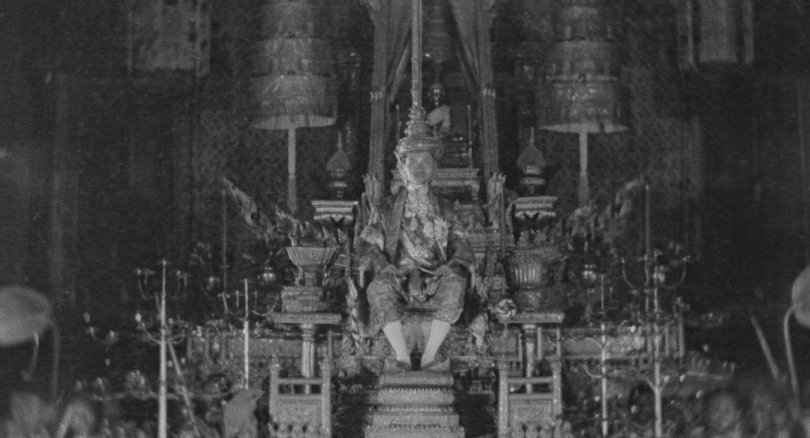 Two recordings of the coronation of King Rama VII have been found, restored and can be seen on YouTube

Since 2016, royal observers and cinephiles have been able to view a 15-minute film capturing a few exquisite moments of King Rama VII’s coronation on the Thai Film Archive’s YouTube channel. Recorded 94 years ago, and marking the first time a coronation has ever been recorded in moving pictures, the frames were carefully preserved and restored. Now, to celebrate the upcoming coronation of His Majesty King Maha Vajiralongkorn, a further 30 minutes of footage has been unveiled and offers an even closer look at the intricate details of that royal ceremony.

Both films are silent and black-and-white with surtitles. Even so, the audiences of today will find it difficult to fully comprehend what is being shown in the frames.

During a recent screening, historian Asst Professor Dinar Boontharm from Chulalongkorn’s Faculty of Arts, and film archivist Dome Sukwong gave a talk to explain the rituals shown in the film, how it was created and discovered.

During the talk, Dinar noted the similarities and differences in the ceremonies during King Rama VII’s coronation in 1925 and that of King Rama IX in 1950 – the result of a change from an absolute monarchy to a constitutional one following the 1932 revolution and advent of World War II.

He also pointed out that the footage from the two coronations provides a valuable insight into the history and evolution of the ceremony and history of the Rattanakosin period.

“Before the 1925 film, coronation ceremonies were only summarised in written chronicles and still pictures,” he explained.

The coronation ceremony is highly influenced by Hindu precepts, with evidence suggesting the rites began taking their present form in the 13th century, during the Sukhothai Period then carried on into the Ayutthaya era. After founding the Chakri Dynasty and making Bangkok the capital in 1782, King Rama I re-examined the coronation records from the late Ayutthaya period and revised the procedures for the rites of accession, which have been used ever since.

Throughout the coronations of the Chakri Dynasty, certain procedures and details have been adopted from different influences and gradually adjusted. The coronation of Queen Victoria of England, held 13 years prior to that of King Rama IV, had a significant influence on the ceremony. For instance, while the king didn’t wear the crown as in the West, placing emphasis instead on purification and anointment, he ordered an officer of the court to purchase a large diamond from Calcutta, India, and had it placed at the top of the crown, much like that of Queen Victoria’s.

The coronation of King Rama VII was recorded on 35mm nitrate film which, while known for the beauty of its images, was also unstable and apt to deteriorate in high temperatures and humidity. The process of deterioration also gave off potentially flammable fumes. That meant the unseen footage had a mixed quality with plenty of fragmentation and the archive had its work cut out editing and choose the best frames.

The film, the oldest surviving motion picture of the coronation, was made by the Royal State Railways of Siam’s film department, which was granted access to the Grand Palace for the first time.

The Royal State Railways’ film department was like the Government Public Relations Department of today. Some of its staff travelled to Hollywood to learn about filmmaking and on return, started shooting events for newsreels. Like elsewhere, moving pictures were seen as the best media to reach the general public.

“Newspapers were popular only in big cities,” says archivist Dome.

King Rama VII’s coronation was screened for the general public. Two versions of the film were made: a five-roll 35mm version that was screened outdoors at the Wang Phayathai (now part of Phramongkutklao Hospital), which was an hour long; and a 15-minute version that the Film Department re-edited and sold to those who wanted it as a collectible.

The coronation film inspired British archaeologist Horace Geoffrey Quaritch Wales, a state officer who was granted permission by King Rama VII to use for his thesis while serving out his posting in Siam. Wales, who went on to become a professor in archaeology and Southeast Asian history at the University of London’s School of Oriental and African Studies, published his thesis titled “Siamese State Ceremonies” in 1931. This was later translated into Thai.

However, the coronation films went unnoticed until 1966, when a copy of the 15-minute version was donated to the National Library by Prince Prem Purachatra as a gift to honour the plan to set up a movie archive department. Prince Prem Purachatra was the son of HRH Prince of Kamphaengphet, the first president of the Royal State Railways of Siam, who held the position when the coronation film was made.

Though the film archive department was not founded as planned, the movie has been preserved since then.

In 1981, Dome went in search for the first film made in Thailand – believed to have been done during King Rama VII’s reign. That led him to the offices of the State Railway of Thailand at Hua Lampong where he found 500 reels that had been left to rot. Among them was the footage of King Rama VII’s coronation.

The discovery marked the beginning of the campaign to preserve old films and eventually led to the birth of the National Film Archive in 1984, which became Thai Film Archive (Public Organisation) in 2009.

The complete 15-minute coronation movie, the 30-minute unseen footage as well as the discussion on coronation films can be seen on Thai Film Archive’s YouTube channel. 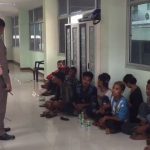 Songkhla man accused of being member of human trafficking ring