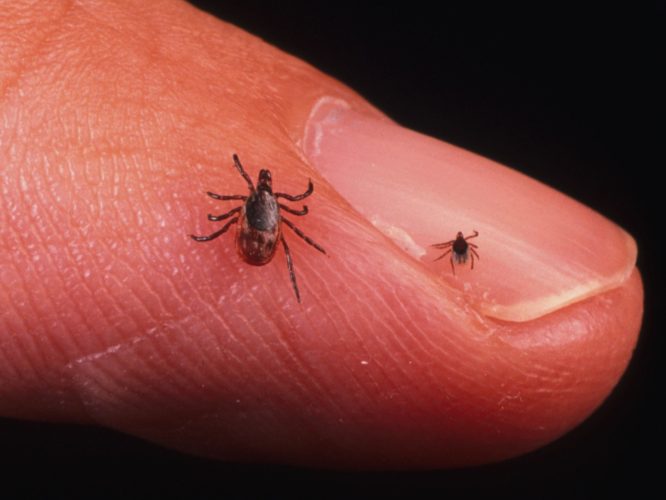 There is no need for a travel advisory to be issued to warn Thai people against travelling abroad after the discovery of the first case of Lyme disease in Thailand, said Disease Control Department (DCD) directorgeneral Dr. Suwanchai Wattanayingcharoen on Monday.

Dr. Suwanchai’s comment was in response to a Facebook post by Dr. Manoon Leechawengwong revealing that a Thai lady, aged 47, had contracted Lyme disease, caused by the Borrelia bacteria, while on an overseas trip in Turkey.

He said that Lyme borreliosis is not a new disease, but Thai people are not familiar with it because the disease usually occurs abroad and is transferred by ticks carried by dogs, horses, deer, cattle and mice.

When the infected animals are bitten by the tick and the tick then bites a human, the bacteria can be transferred.

However, Dr. Suwanchai admitted that Lyme disease is not easy to diagnose because Thai doctors are not familiar with it and blood tests are needed to confirm whether a patient is infected.

He suggested that any Thai who has returned from abroad, and has a high fever and an expanding area of redness on the skin at the site of a bite, should immediately see a doctor for examination.

The rash is not itchy or painful. Other symptoms may include fever, headache and tiredness.

If untreated, symptoms may include loss of ability to move one or both sides of the face, joint pains and severe headaches with neck stiffness.

The disease is treated with antibiotics.

Lyme disease is caused by bacteria, Borrelia burgdorferi that are transmitted to humans through a bite from an infected black-legged or deer tick.

Symptoms can occur anywhere from 3 to 30 days after the bite and can be wide-ranging, depending on the stage of the infection.

In some cases, symptoms can appear months after the bite.

The chances you might get Lyme disease from a tick bite depend on the kind of tick, where you were when the bite occurred, and how long the tick was attached to you, the CDC says.

Black-legged ticks must be attached to you for 36 to 48 hours to transmit Lyme disease.

If you remove the tick or ticks within 48 hours, you aren’t likely to get infected, says Cleveland Clinic infectious disease specialist Alan Taege, MD.

Lyme Disease can be fatal if not treated properly.

What are the symptoms of Lyme disease? 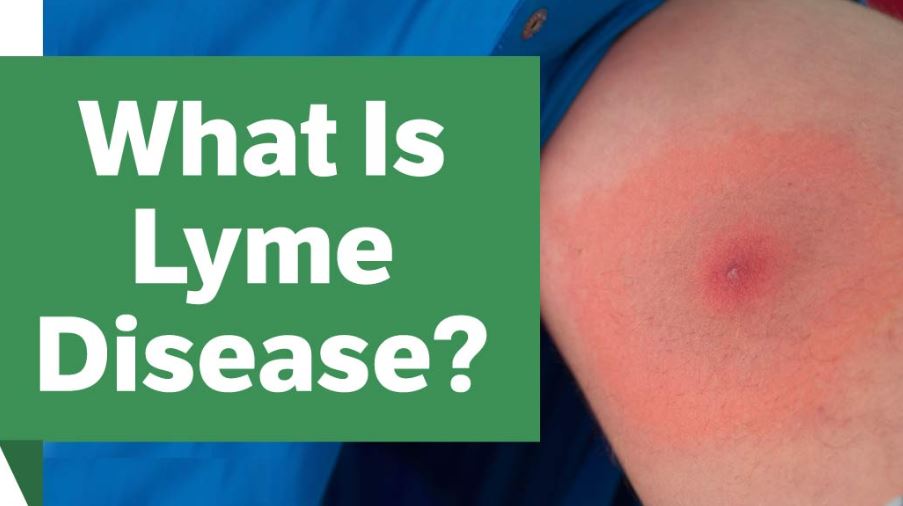 Early signs and symptoms include fever, chills, headache, fatigue, muscle and joint pain, and swollen lymph nodes — all common in the flu.

In up to 80% of Lyme infections, a rash is one of the first symptoms, Aucott says.

Arthritis with severe joint pain and swelling, particularly in the knees Loss of muscle tone or “drooping” on one or both sides of the face.

Heart palpitation or an irregular heartbeat

Inflammation of the brain and spinal cord

Shooting pains, numbness, or tingling in the hands or feet What does the rash look like?

About 20% to 30% of Lyme rashes have a “bull’s-eye” appearance — concentric circles around a center point — but most are round and uniformly red and at least 5 centimeters (about 2 inches) across, Aucott says.

“Most are just red,” he says. “They do not have the classic ring within a ring like the Target logo.”

The rash expands gradually over a period of days and can grow to about 12 inches across, the CDC says. It may feel warm to the touch, but it rarely itches or is painful, and it can appear on any part of the body.

How small are ticks?

TIcks come in three sizes, depending on their stage of life. Larvae are the size of grains of sand, nymphs the size of poppy seeds, and adults the size of an apple seed.

How is Lyme disease diagnosed?

Doctors diagnose it based on symptoms and a history of tick exposure. Two-step blood tests are helpful if used correctly.

But the accuracy of the test depends on when you got infected. In the first few weeks of infection, the test may be negative, as antibodies take a few weeks to develop.

Aucott says the most promising development in the fight against Lyme disease are better diagnostic tests that are accurate in the first few weeks after exposure.

The earlier the treatment, the less likely the disease will progress. Aucott says he expects the tests to be available soon.

Doctors may not recognize symptoms, especially those who practice in areas where Lyme infection isn’t prevalent, and up to 30% of the infections are not accompanied by a rash.

Thailand, South Africa and Iran on list of ‘World’s Most Dangerous’ for travelers 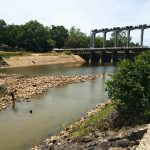 Thailand warns of the worst drought in a decade