Home » Thailand, South Africa and Iran on list of ‘World’s Most Dangerous’ for travelers

South Africa has been deemed the world’s most dangerous country for solo women travelers to visit and Thailand America is the worst in the East.

The ‘Women’s Danger Index’, based on the 50 most visited destinations across the globe, evaluated eight crucial risk factors.

These include whether or not women feel safe to walk alone at night, homicide rates and gender inequality.

The study, by travel bloggers Asher and Lyric Fergusson, found South Africa was the worst for violence against women by non-partners, homicides, and how safe women feel walking alone at night.

Thailand is the worst in the Far East – a region popular with backpackers – overall, and the worst for attitudes towards violence against women.

America came out worst in the West for its homicide rates, non-partner sexual violence, and intimate partner violence.

When you look at individual risk factors, Australia was rated second worst for ‘non-partner sexual violence’, reflected in a recent survey which found that ‘one in seven young Australians say rape is justified if women change their mind’.

While countries in the Middle East – such as Saudi Arabia, the United Arab Emirates and Iran – came top for countries which discriminated against women as far as their role in society goes.

Croatia – despite being one of the poorer European countries – is rated one of the safest countries in the world just to walk the streets.

The UK came 40 out of the 50 in the danger list with a marginally higher rating for ‘Safe to Walk Alone at Night’ than the other seven factors.

Spain is deemed the safest country in the world, just ahead of Singapore and Ireland.

Bloggers Asher & Lyric said of the danger index: ‘To measure safety abroad, one cannot look at only data on street safety, rape or violence.

‘It also depends on the general attitude of the culture, minutiae of the legal system, and systematic oppression of local women.

‘These issues can affect everything, from easily getting a taxi alone to having your voice be heard in a conversation to even needing a male escort for your personal safety.

‘A lot on our list, such as attitudes toward partner violence, may not affect solo female travellers directly, but these factors are a good indication of overall attitudes within the culture.’ 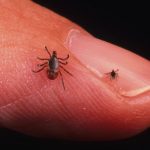