Home »  Fire exits all locked from the outside

While the death toll from the fire in the Chon Buri pub early Friday morning has increased to 15 today (Saturday), Suvadee Suetrong, a representative of the Mountain B pub’s owner, claims that there were three fire exits, but she didn’t know that they had all been locked from the outside, as she insisted that the proprietor is ready to compensate relatives of the dead and injured.

The pub, which is located on the Bang Na-Trat highway in Sattahip district of Chon Buri, caught fire during the early hours of Friday, initially killing 13 customers and injuring dozens in one of Thailand’s deadliest night venue fires. The pub was found to have been illegally modified, operating beyond permitted hours and with only one way in and out.

Two more of the seriously injured were pronounced dead yesterday and today.

Suvadee claimed that the owner, whom she did not name, was in the pub at the time of the fire and he, as well as other employees, had tried to help customers to get out of the burning pub.

She added that all of them had reported to Phlu Ta Luang police station.

Regarding the three exits, Suvadee said that new customers were unaware of them, as she insisted that all three exits were normally unlocked and that she does not understand why they were locked from the outside that night.

Suvadee admitted that she had no idea that the pub did not have the required permissions, because she was not responsible for that matter, adding that there is only one owner.

The premises were divided into a restaurant, a bar-b-q restaurant and the pub.

The bodies of 14 of the victims are being kept at the Central Police Forensic Science Division at the Police General Hospital for autopsy, which will take up to 2 days to complete, after which their relatives can claim them for their funerals.

Relatives of some of the victims gathered in front of the damaged pub this morning to perform a religious ritual to bless the souls of the dead.

One of them, the mother of a female university student, said she and other family members came all the way from the north-eastern province of Khon Kaen to perform the ritual. She said she last saw her daughter about two months ago, at Burapha University, which she was attending.

The mother said she received a call from her daughter’s friend yesterday to say that she had perished in the fire.

The abrupt transfers are believed to be a punishment for their alleged failures, by allowing the Mountain B pub to operate beyond midnight. 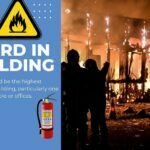 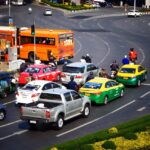