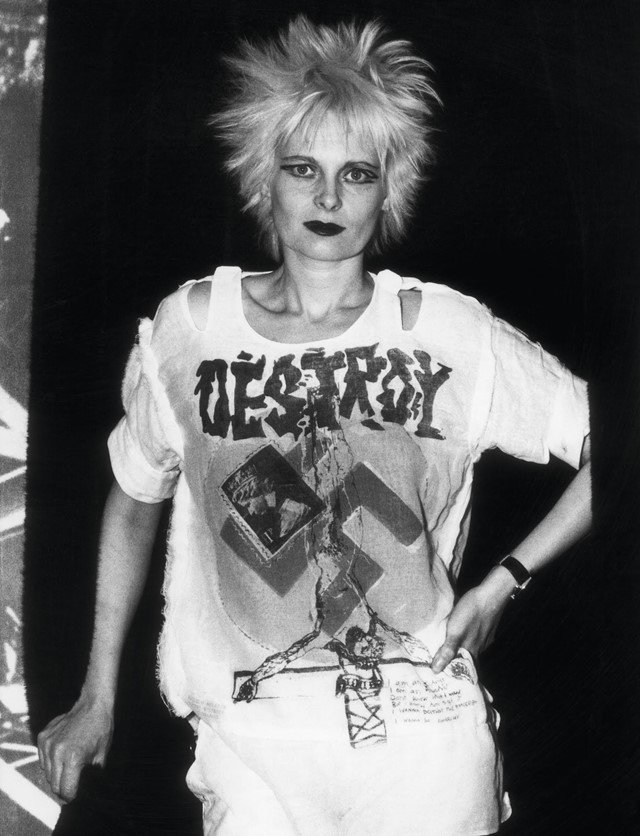 Dame Vivienne Westwood, a renowned British fashion designer, passed away at the age of 81.

According to a statement, she passed away in her family’s presence on Thursday in London.

Dame Vivienne gained notoriety in the 1970s by introducing punk clothing to the general public while co-managing a store on London’s King’s Road with Sex Pistols manager Malcolm McLaren.

She later founded a major fashion company with shops in the UK, France, Italy, America, and Asia.

“Vivienne Westwood passed away quietly today in Clapham, South London, with her family by her side. To bring about a positive change, the world needs individuals like Vivienne, according to a tweet from her fashion label.

Andreas Kronthaler, her spouse and fellow artist, declared: “I shall go on with Vivienne in my heart.

“We worked till the very end, and she gave me lots of tasks to complete. Thank you, sweetheart.

The Derbyshire-born fashion designer was also well recognized for her advocacy work; she supported WikiLeaks founder Julian Assange and spoke out against causes including pollution and climate change.

She once drove a white tank close to the residence of the former prime leader David Cameron to protest against fracking while dressed as Margaret Thatcher for a magazine cover.

When Dame Vivienne accepted an OBE from the Queen in 1992, she also displayed her rebellious side.

She arrived sans undergarments, which she made clear to photographers by twirling her skirt.

In her biography, she stated, “The only reason I am in fashion is to demolish the phrase ‘conformity.

“Unless it has that element, nothing interests me,” She said.

The designer was easily recognizable thanks to her orange hair colour, which was an homage to the punk aesthetic she contributed to popularizing.

According to her biography, “There was no punk before me and Malcolm.” And another thing about punk that you ought to know is that it was a blast.

Supermodel Naomi Campbell, who frequently walked the runway to display her designs, is famed for tripping in a pair of enormous Westwood platforms in 1993.

After her family had relocated from the Glossop area to north London in the 1960s, her career began to take form.

Before working as a primary school teacher, she pursued studies in jewelry making and silversmithing.

She had a son with her first spouse, with whom she divorced in 1966, and then she began selling jewelry on London’s Portobello Road.

There she met the future punk godfather McLaren, beginning a creative partnership that would later give birth to her second son Joe, co-founder of the lingerie company Agent Provocateur.

My clothing has a backstory. They are identifiable. They are unique and have a function, the designer once remarked.

“This is why they end up being classics. mostly because they keep telling stories. They continue to tell it.

In 1993, Dame Vivienne married again after meeting Andreas Kronthaler while working as a teacher in Vienna. Later, he joined her in the studio.

One of the first people to post a homage on social media was Victoria Beckham, who also runs a fashion company.

I’m devastated to hear about the demise of famous fashion designer and campaigner Dame Vivienne Westwood,” she wrote. At this very sad time, VB, my thoughts are with her family.

“You started it off. Always. He said on Instagram, “Incredible style with clever and deep depth.

Boy George, a singer, referred to Dame Vivienne as “amazing and inspiring” and “the indisputable Queen of British fashion” in a tweet.

She was referred to be a “truly revolutionary and rebellious force in fashion” by the Victoria and Albert Museum.

The designer was described as “a towering figure in British fashion” who “rewrote the rule book in the 1970s” by Culture Secretary Michelle Donelan in a tweet. 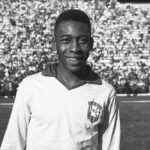 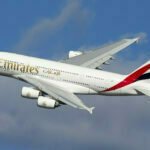 The Return of The Airbus A380