Everyone knows the frustration of having a song whirling around in your head for days on end, but not knowing what it is or what it’s called.

It might be that you don’t even know the lyrics, so you’ve just got the melody on loop like a time warp inside your own head.

But how the heck are you meant to Google that to find out the mysterious tune?

In the past I know friends who have been mercilessly mocked (mostly by me) for humming mysterious melodies into Shazam – the app that can only detect *actual* music – to no avail.

We’ve even swapped voice notes over group chats, in a desperate bid to find someone, anyone, who will recognise the damn song.

But, there’s a new app on the block, thanks to Google, which will take all the embarrassment out of the equation.

Google is adding a new ‘hum to search’ feature that will allow you to hum, whistle or sing any tune that’s in your head, and it will use new-fangled technology to try and work out what it is. Gone are the days of typing ‘dummm, dum duuuum, da’ into the search bar.

In all seriousness, Shazam is probably fuming.

All you need to do is download the latest version of the Google app on iOS or Android, or use Google Assistant. You simply have to say to Google ‘search a song’ before humming to your best ability.

After doing its thing, Google will then show you a list of results alongside a percentage of how much it thinks matched up. You can then tap on all the results to listen and see if it got it right.

If you’re wondering how on earth Google does it, the app ‘transforms the audio into a number-based sequence representing the song’s melody,’ according to The Verge. The technology has been trained to pick up singing, whistling and humming, as well as studio recordings. The technology will strip back any instrumental aspects and focus on the numeric sequence, so it really doesn’t matter whether you sound like Mariah Carey or an X Factor contestant put through to give the judges a giggle, Google will come through.

While it seems like a technological advancement from the distant future, you can actually use the search feature from today, October 16, in English on iOS and in more than 20 different languages on Android. 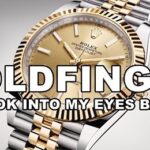 Talking Heads Podcast – Goldfinger and the journey so far 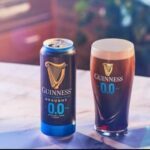