Delta Plus variant found here is not…

This land-locked father found an awesome ‘hack’ to help his family cool off during a heat wave – he hired a truck and filled it with water. Mark Bautista, 50, wanted to take his wife and children to the beach, but living in the mountainous region of the Philippines he faced a sweltering seven hour drive. Instead, Mark brought the beach to his home. The car parts dealer hired a cargo truck and covered the inside with a huge sheet of tarpaulin. He then used a hosepipe to fill the container with cool water and a ladder for his family to climb up and jump into the water on April 20. Mark said: ”While we were having lunch on Friday, it was really hot so we just had the idea. I didn’t know that people will find this amusing.” Mark and his family libe in Abra, a province located in the northern-most, mountainous region in the Philippines which is at least seven hours away from the sea or water resort. 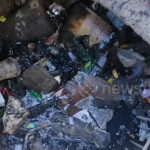 Garbage Problem is in the Philippines (VIDEO)