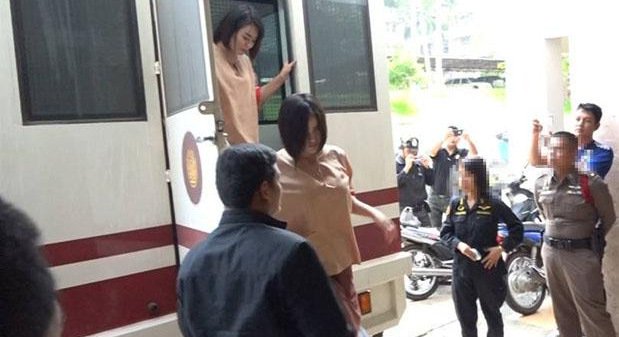 KHON KAEN: The provincial court today sentenced four defendants in the karaoke girl murder trial to 23-33 years in jail and ordered they jointly pay B1.17 million in compensation to the victim’s family over 17 years.

Preeyanuch Nonwangchai, 25, and Kawita Rachada, 26, were given 34 years and six months in prison, Apiwan Sattayabundit, 29, faces 33 years and nine months and Wasin Namprom, 22, was jailed for 23 years, four months and 20 days. All have been kept in custody since their arrest.

The fifth defendant, Jidarat Promkhun, 22, who had been on bail, was sentenced to a one-year term for receiving the victim’s stolen phone for sale.

All except Jidarat were ordered to pay B1.07mn to support the family of the victim, Warisara Klinjui, 22, and B100,000 for her funeral.

All were acquitted of the charges of collusion in premeditated murder and possession of knives in public places.

Preeyanuch and Kawita were initially given life imprisonment for collusion in the murder, illegal disposal of a corpse and robbery, but the punishment was commuted because they cooperated.

Warisara’s body was found dismembered in a shallow grave in Khon Kaen on May 26 last year.

Kawita, Apiwan and Wasin earlier told the court they only helped Preeyanuch cut up the body before burying it in a rough grave in Khon Kaen’s Khao Suan Kwang District.

Preeyanuch claimed she “accidentally covered Warisara’s nose with her hand” and that she had intended only to gag the victim.

According to some defendants’ testimonies, the suspects assaulted Warisara before Preeyanuch used a black plastic bag she bought at a convenience store to strangle the victim to death in a car.

According to police, Preeyanuch wanted to “give Warisara a lesson” after the victim gave them information which led to the arrest of the suspect’s husband for drug offences.

Jidarat, a friend of the other convicts, was in Bangkok at the time of the murder and was charged with receiving stolen property for sale, the victim’s mobile phone the others brought to her.

All parties have 30 days to file their appeals. 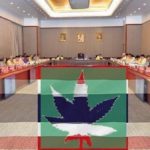