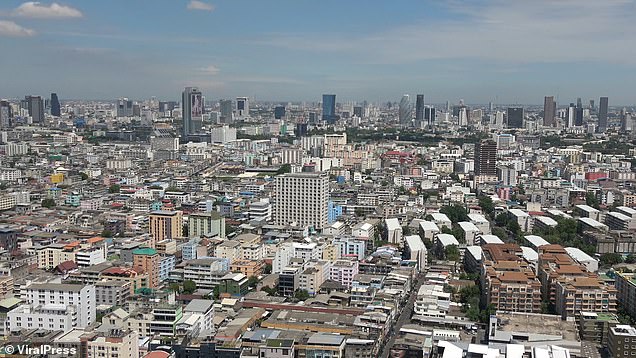 Footage shows how clean the air is after three months of coronavirus lockdown in Bangkok, Thailand.

The tropical skyline was clouded in a toxic smog made of harmful PM2.5 particles at the start of the year, caused by construction, cars and agricultural fires.

PM2.5 particles are fine atmospheric particulate matter (PM) that have a diameter of less than 2.5 micrometers and pose a threat to people’s health when levels in the air are high.

However, with many projects on hold and builders sent back home to neighbouring countries, pollution has dropped.

A blanket ban on tourists since the end of March – which is still active – has also significantly reduced the number of cars, taxis, minivans and coaches on the road.

Astonishing footage taken this morning in the Huai Khwang district of the capital shows the striking difference.

The tiny PM2.5 particles which remain trapped in the atmosphere and had caused tens of thousands of residents to suffer with respiratory problems have all but disappeared, while the clear skies allow views stretching miles across the flat landscape.

Thailand has not recorded any new locally transmitted cases of Covid-19 for more than a month.

Officials have eased restrictions with strip clubs and soapy massage parlours finally allowed to open from July 1, however, international tourist are still banned.

A benefit of the lockdowns had been low pollution levels and clear skies due to fewer cars on the roads, the Centre for Research on Energy and Clean Air (CREA) reports.

But the gradual easing of the measures over the last month has resulted in an increase in deadly nitrogen dioxide in the air in more than 20 European cities, including Paris, London and Rome.

In London, nitrogen dioxide (NO2) concentrations fell during the lockdown by as much as 33 per cent, or 10 micrograms per cubic metre (µg/m3).

NO2 readings reached a low in the UK’s capital at around late April in the midst of the county’s lockdown measures.

But the city has since registered a 34 per cent rise in NO2 from the lowest air quality reading during lockdown to the most recent reading this month, coinciding with gradual lifting of the government’s social distancing restrictions.

Air pollution plummeted over China starting in February when the country enforced lockdowns due to the coronavirus, but new data reveals emissions have rebounded since orders were lifted in April, it was revealed last month.

NASA and European Space Agency (ESA) released images showing nitrogen levels from vehicles and industrial facilities have returned to near normal for this time of year. 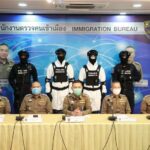 17 arrested after raid in Walking Street 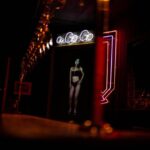