In terms of vices, Vietnam is a country with its priorities firmly in place.

A pack of Marlboro Reds is cheaper than a cup of coffee, a litre of Hanoi Vodka – the country’s vaguely drinkable answer to Glen’s – costs less than a box of cereal and the best part of two months each year are given over to a huge party called Tết, which is kind of like New Year’s Eve and the last night of Glastonbury rolled into one, but with a few more firecrackers, masks and games of “catch the duck blindfolded”.

The Nha Nghi (which translates to “rest house”) is a fairly modern phenomenon, with venues springing up all over the country’s major cities throughout the past ten years.

In Vietnam, sex before marriage is akin to dedicating an unhealthy portion of your afternoon to The Sidebar of Shame – assumed but rarely admitted – so Nha Nghis provide the ideal cover for young lovers eager to escape the judgement of their parents.

And while lunchtime make-out sessions are a staple extra-curricular activity for Vietnamese high schoolers, it’s a habit many never grow out of, meaning the discretion of Nha Nghis make them the ideal location for adults all the way into their late sixties rendezvousing with their bit on the side.

Unsurprisingly, it’s mostly these slightly more moneyed polyamorists booking the Nha Nghis out months in advance for Valentine’s Day and public holidays, despite the 300 per cent mark-up.

In contrary to their repressed image in the West, Vietnamese people are actually very liberal and affairs are extremely common,” one hotel worker told me.

“My ex-partner was a wealthy man and would meet up with three or more girls a week. When it’s so easy to hook-up, Vietnamese find it difficult to be faithful – especially the men.“

Considering they start at just £2 an hour, rooms are remarkably clean and well-furnished.

The one I checked out in Hanoi’s Long Biên district reminded me a bit of a UK Travelodge, only without the cultural baggage of Alan Partridge and footballers with a penchant for sexual assault.

As with most tales of 21st-century sordidness, the internet had a large role to play in the explosion of Nha Nghis.

Yahoo! Chat became wildly popular in Vietnam during the mid-00s and, all of a sudden, cyber Casanovas had an endless resource of potential partners to poke, persuade and plead into the sack.

Hung, a borderline sexual deviant who claims to have bedded over 60 girls in Nha Nghis across a two-year period, before doing the “honourable thing” and marrying the first girl he impregnated, said chatrooms gave a new lease of life to his brand of no-strings naughtiness.

“For me, it was very simple – I would say some nice things to a girl and let things move on from there,” he told me.

“Once we’re talking, I can date her; once we date, I can kiss her; once I kiss her, I can touch her boobs; and once that happens I can fuck her,” added Vietnam’s answer to Mark Antony.

As you can probably deduce by now, for all their supposed liberal outlooks and sexual empowerment, Nha Nghi hookups can also come hand-in-hand with a sizeable dose of misogyny.

As scummy as these guys are, however, on the grand moral scale they’re not too far from the middle-aged coke dispensers who stalk the shadows of Soho basement bars, and the majority of Nha Nghi users are consenting couples who just want to hook-up without attracting the scorn of society.

Of larger concern – and a common cancer of developing countries – is the lack of contraception, particularly among young people, either due to negligence or poor education.

Vietnam has by far the highest rate of teen abortions in Southeast Asia and currently ranks fifth in the world for teen abortion. Incidences of STDs are thought to be equally high, but the prevalence of treatment through private doctors means the figures are difficult to quantify.

According to statistics from the Ministry of Health, there were 213,400 people living with HIV in Vietnam by the end of May this year, with a high percentage suspected to be sex workers.

Trang, a 33-year-old prostitute who has worked Hanoi’s streets for ten years, services up to eight customers a day, either in Nha Nghis or public toilets for around £3 a time. “I contracted HIV from one of my clients – I don’t know who – and my health is declining,” she said.

“I’d like to get out of it, but this is the only way I can afford medicine. Nha Nghis aren’t ideal, but they’re a lot safer than the streets, and most owners make sure nothing dangerous happens.”

Although previously targeted for their links to prostitution, Nha Nghis seem safe from government censure for now, with the Communist Party’s ever-morphing policies currently focused on tackling the spread of HIV.

The rest houses are popular across all sections of society and most people I spoke to felt they provided a useful service for care-free couples in a country still calibrating its moral compass.

But, like all vices, they are open to abuse. And while most Nha Nghi visits simply serve an itch for a daytime dalliance, some cost the vulnerable a lot more than a couple of quid. 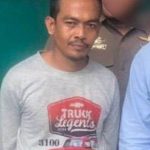