Home » Putin has had cancer, says filmmaker who spent two years with him 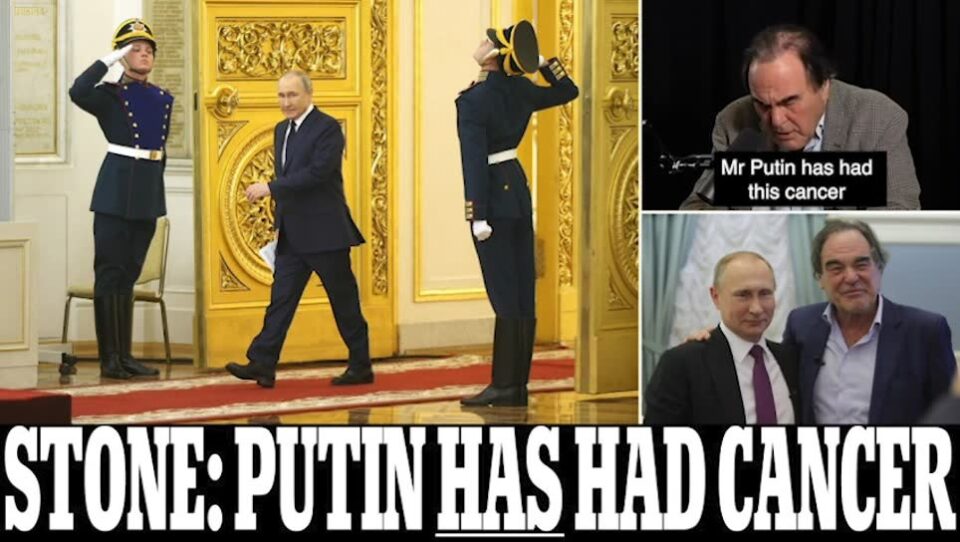 A film-maker who was granted unprecedented access to Vladimir Putin for two years claims has suffered from cancer.

Oscar-winning director Oliver Stone, whose credits include JFK and Platoon, knows the Russian dictator better than perhaps any Westerner.

Speaking in a new podcast, Stone said Putin had suffered from cancer, and that he believed he had overcome it.

If true, this has not been admitted to the Russian people.

The claim comes amid acute speculation that the Kremlin leader is hiding an acute health condition such as cancer or Parkinson’s.

Stone said that he has not met Putin for three years, and his in-depth interviews with him were between 2015 and 2017.

‘Remember this, Mr Putin has had this cancer and I think he’s licked it,’ he told podcast interviewer Lex Fridman.

‘But he’s also been isolated because of Covid.’

There have been suggestions in Russia that Putin’s deep isolation from Covid was due to a pre-existing but unspecified medical condition which made him especially vulnerable.

Explaining why Putin may have misjudged the invasion of Ukraine, Stone speculated that ‘perhaps he lost touch – contact – with people’.

It was not clear if Putin was getting the correct intelligence, he added.

‘You would think he was not well informed perhaps, about the degree of cooperation he would get from the [ethnic Russians] in Ukraine.

‘That would be one factor, that he didn’t assess the situation correctly.’

It could also be that his ‘isolation from normal activity’ and no longer meeting people ‘face to face’ due to health concerns for Putin over Covid may have led to errors.

Stone’s words on cancer raise the possibility – if true – that he had initially overcome cancer, but that it returned in the three years since he met Putin.

The filmmaker – who has faced criticism that he was an apologist for Putin – did not specify the type of cancer.

He appeared to refer to notes before making the comment that Putin had suffered an oncology condition which he had ‘licked’.

Lately there has been speculation that Putin has thyroid cancer.

An investigation by Russian independent journalists found that Putin was surrounded permanently by a large medical team led by a specialist thyroid cancer surgeon.

Another version is that he is suffering from abdominal cancer.

There are rumours in Moscow that he is due to face surgery for cancer imminently, and that he may put trusted aide Nikolai Patrushev, secretary of the Russian security council, in charge while he is incapacitated.

There have been claims, too, that Putin has Parkinson’s disease.

The Kremlin has always insisted Putin is in robust health.

Earlier Stone said of Putin: ‘It’s been three years since I saw him for the last time, but the man I knew had nothing to do with the mad, irresponsible and murderous man that the media present today comparing him to Hitler and Stalin.

‘The Putin I knew was rational, calm, always acting in the interest of the Russian people, a true son of Russia, a patriot, which does not imply a nationalist.’ 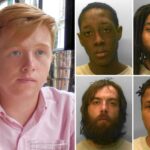 Four men beat student, 24, and threw him to his death from balcony jailed for life 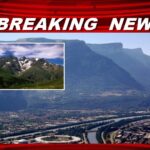