Charlie McNally was a pioneering figure on the Irish rock scene, having co-promoted the Dalymount Park Festival in 1977 and released the seminal Just For Kicks compilation, featuring U2, in 1979

Hot Press is sad to announce the death of Charlie McNally (pictured above with Hot Press editor Niall Stokes).

Close friends report that Charlie had been battling ill-health on a number of fronts over the past 12 months, including having to deal with emphysema – a debilitating condition which had weakened him considerably. Hot Press understands that he had been seen in A&E in a Dublin hospital not long before his death, and was discharged. However, he subsequently collapsed and was rushed back into A&E and later died.

Given the circumstances, a post-mortem will take place.

Charlie McNally was among the most colourful figures to grace the rock scene in Ireland during the late 1970s and early 1980s. He famously became the President of UCD Student’s Union, beating the future Minister for Justice, Michael McDowell, in the election. Charlie showed his genius for promotion early, by doing posters that featured his young son Jason and the banner line “Vote for My Dad”.

In 1977, Charlie was the co-promoter with Pat Murphy of the Dalymount Festival, which was headlined by Thin Lizzy and also featured The Boomtown Rats, The Radiators From Space and Graham Parker and The Rumour. It was a legendary gig which would go down in rock lore – but which unfortunately lost money.

Charlie went on to form Kick Records, which released the first ever Irish rock compilation album, Just For Kicks. It featured U2’s ‘Stories for Boys’, as well as tracks by Berlin, D.C. Nein. The Atrix, and Rocky de Valera and the Gravediggers, amongst others.

Charlie McNally also promoted a number of major shows, including gigs with The Greedy Bastards – a fun band that had among its members both Philip Lynott and Bob Geldof, as well as members of The Sex Pistols – and The Boomtown Rats.

Charlie fell dramatically foul of the authorities in 1980. He was the promoter who decided to hire the tent that had been used by the Pope during his Irish visit in 1979 for a homecoming gig by The Boomtown Rats, scheduled for Leopardstown Racecourse, in February 1980. However, opposition to the gig was fierce. It ended up in the High Court, with the Rats’ planned homecoming show being effectively banned because of insurance issues – though in reality, there had been a concerted establishment effort to crush the gig. Unfortunately it worked.

One other claim to fame was the release of an album in the wake of the Pope’s visit to Ireland in 1979. Charlie recorded the Pope’s speech from the television, added a sonorously recorded intro, complete with the sound of an aeroplane landing – and hey presto! Whether the record sold enough to warrant the effort has not been established. However, for those in the know, it was hailed as one of the greatest comedy records ever released in Ireland.

With those various disappointments to contend with, Charlie decided to emigrate, heading to Los Angeles, where he set up an operation running limos for music and movie stars. It was here that he reported for Hot Press on U2’s early outings in California.

After many years in the US, he returned to Dublin. But a battle with cancer left him with damaged vocal chords. While he remained on the periphery of the music scene, and had many plans up his sleeve, he never got fully back into the swing of things.

He featured in Hot Press in 2011, when he became Director of Elections for the Labour candidate John Kelly, in Roscommon-South Leitrim.

“Charlie McNally truly was one of a kind,” Hot Press editor Niall Stokes said, on hearing the news of Charlie’s death. “He was one of the pioneering crew that led the battle against musical mediocrity in Ireland in the 1970s. He was hugely ambitious and a risk-taker. He was also a great ideas man – and an extraordinary mischief-maker. The reality is that, like many others, he suffered at the hands of the establishment in Ireland, and as a result didn’t get the breaks. But when you look back at what he did achieve, it is fair to say that he played a seminal part in the rise of Irish rock.

“He also battled bravely with the various health problems that assailed him in recent years. Now that battle is at an end – but his legacy will long be remembered. RIP.”

Charlie McNally is survived by his children Lisa, Jason and Mark McNally and by their mother Margo McNally. 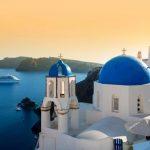 The holiday destinations around the world with no cases of coronavirus 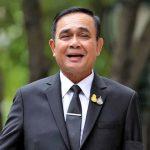