A durian vendor was shot dead in his shop in Yala’s Than To district late Sunday night, police said Monday.

Police said a gunman shot and killed Suchai Chaiyasit, 46, at his shop in Ban Buloh village in Tambon Ban Rae, out of which he sold durians purchased from local gardeners.

Suchai, who hailed from Songkhla, was shot once in the left temple. Another bullet hit him in the right side of the chest and a third entered his abdomen.

Witnesses told police that the gunman was a pillion rider who walked into the shop, opened fire then fled the scene.

Police have not yet determined whether a business conflict or the ongoing insurgency was behind the shooting. 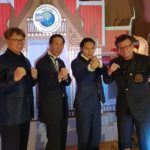 An Amazing Day in Bangkok – And photos from the day. Exclusive interviews to come. 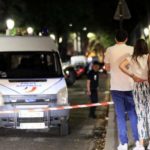