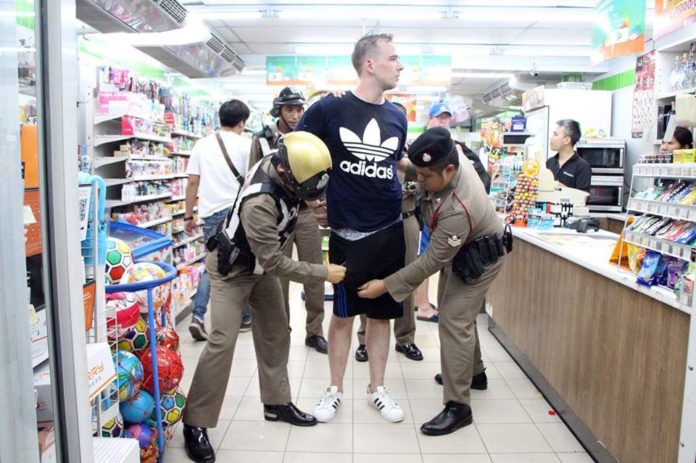 Customers at a Family Mart in Pattaya were shocked on Monday night as police took down a large, white tourist who had been making a nuisance of himself.

He was found to be a Norwegian though police could ascertain little else as he was “drunk on something”, reported Pattaya Eastern News.

Earlier the tourist had kicked and smashed police vehicles outside the station on Beach Road.

He had then smashed a decorative light on a tree and kicked it down the road.

He then moved into the convenience store and started trashing things there.

Enough was enough. Pattaya police mounted a charge and arrested the unruly foreigner and put him in the cells.

They had no idea what he had taken or why he was behaving in such a manner.

The future of Islam in Europe. Will there ever be peace?