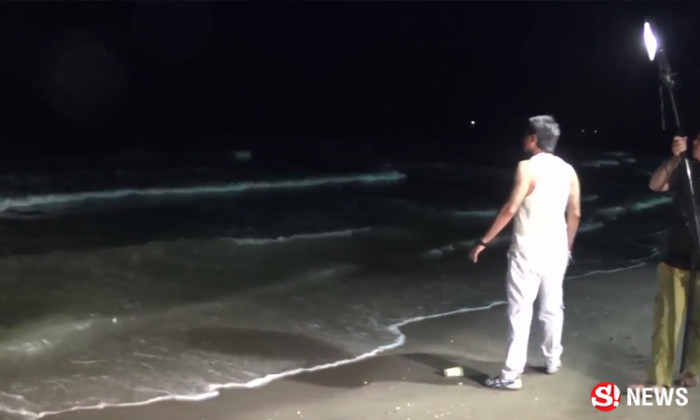 After almost 2 hours of searching, a drunk Thai man has washed up on Bang Saen beach after he went missing following an argument with his wife.

The wife, known only as Mem, told reporters that she and her husband had been enjoying a few drinks together in the early evening around 5pm. All was going well until an argument broke out and her husband, Teeradech stormed off.

She saw that he was clearly in a mood and so decided to leave him for a few moments to cool off. The last she saw was him entering the water, but at the time, didn’t care.

An hour past by before she started to get a little concerned so decided to start searching for her missing husband. After 2 hours and still no sign of Teeradech, she rushed to call emergency services for help, fearing the worst.

At this point it was already dark and finding Teeradech wasn’t going to be easy.

Luckily for Mem, after the alerts were raised, a report cam through from Won Npha Beach, almost 1 kilometer away, that a drunken man that they believed to be the missing husband had washed up on the shore.

A relieved Teeradech told reporters that he was a little drunk when entering the water, and after cooling down from the argument, tried to swim back to shore, but unfortunately couldn’t make it. A current had managed to carry him further down the coast before eventually washing up onto the beach.

He was clearly a little shaken up by what had happened and was given smelling salts and warm blankets to help him recover from his ordeal. 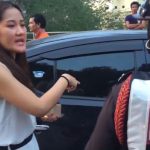