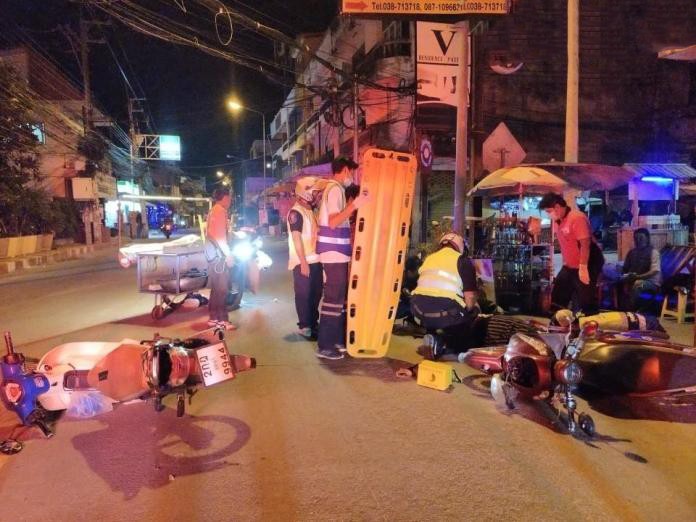 Three people have sustained injuries after a motorbike driver collided with a BBQ food cart in Pattaya early this morning.

Emergency responders were notified of the accident at 2:30 AM in Soi Land Office 2.

They and The Pattaya News arrived at the scene to find a damaged motorbike whose driver Chatchai Kamin, 22 had sustained minor injuries. He declined medical assistance.

Another damaged motorbike with a BBQ attachment was found nearby whose driver, Ms. Somjit Moprai, 49, and her passengers had sustained moderate injuries. They were all taken to a local hospital for medical assistance. 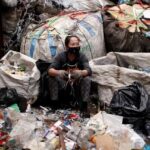 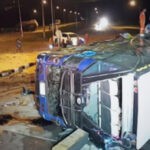