Home » Disappointment as “only” 19 million turn out for royal cremation 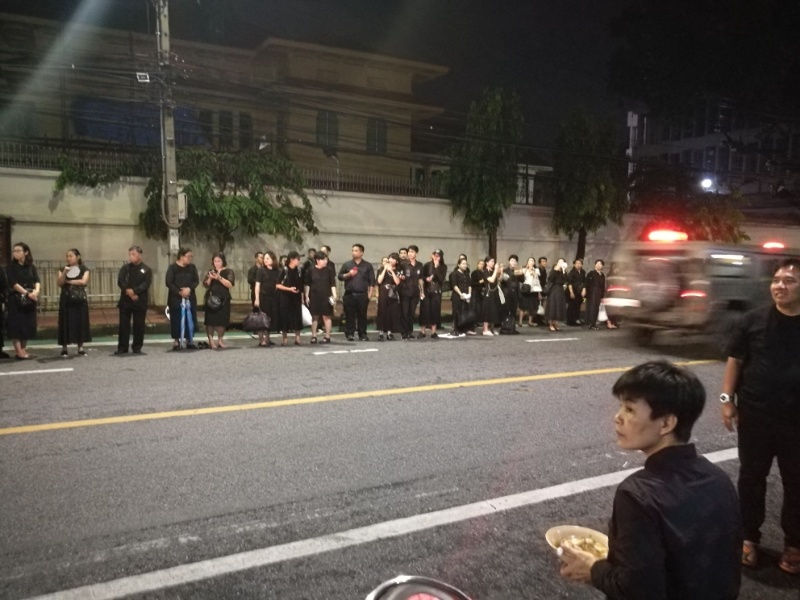 Disappointment as “only” 19 million turn out for royal cremation

Several reports have surfaced expressing disappointment after an estimated 19 million (a third of the population) turned out for the royal cremation.

Thursday’s cremation ceremony saw 19 million people participate, based on a government count of how many sandalwood flowers were offered for King Bhumibol.

More than 2.9 million people in the capital and millions more at nearly 900 locations outside Bangkok bade their final farewell to King Bhumibol by queuing to lay folded sandalwood flowers, the Interior Ministry announced Sunday. The Interior Ministry reported that another 16.2 million went through the same ceremony in 76 provinces outside Bangkok.

The number was less than a third of the total population of about 70 million, a fact met with consternation by some people upset it wasn’t higher.

“Why does it have to be calculated that it’s about 29 percent? … They should have added that there are still many Thais who couldn’t make it due to various constraints, such as being hospitalised, living in elderly homes or residing in faraway places, etc.,” Tassanee wrote Saturday on Facebook, stressing that any such media reports should “stress that all Thais love the king.”

Some offered different readings of the 19 million figure in comments on a BBC Thai infographic.

“Thailand has a population of about 70 million but only 20 million are quality people. Don’t those who didn’t show up have a conscience?” user Sujittra Panyasub wrote. “Not counting small children, the sick, monks and inmates, say about 2 million, and about 2 million who live abroad, where were the other 45 million?”

In Bangkok, topping the most offerings were recorded in the Bang Na district at BITEC, a large venue normally used as a convention center. Nearly 91,000 people participated in the ceremony there.

In related stats, City Hall said it collected 339 tons of rubbish on Thursday alone. It vowed to handle the waste appropriately.