Deputy PM Prawit Wongsuwon had said he would answer any questions about his flashy Richard Mille watch and diamond platinum ring if the National Anti Corruption Commission (NACC) asks him.

The secretary-general of the Association for the Protection of the Constitution, Srisuwan Janya, said he plans to make a formal complaint to the NACC today, requesting a probe into Gen. Prawit’s assets.

Viral pictures surfaced Monday of Gen. Prawit at Government House wearing a watch similar to those favored by celebrities like Kanye West, Jay-Z, and Ed Sheeran.

Netizens were questioning how he afforded a watch, estimated to cost between THB4-10 million, like that as well as a platinum and diamond ring he wears in the photos. They also wondered if the costly assets had been declared by the official, reported Thai PBS.

The picture later went viral among the Thai social media users and led to calls by the Pheu Thai Party and the association for the NACC to investigate if the Deputy Prime Minister has declared the assets or not.

A well-known Thai crime drama Facebook page, CSI LA, noted that the general’s ring is a minimum of five karats and would cost at least THB4 million as well.

Though he said he would speak to the NACC on the matter, he refused to answer questions about his baubles from the media. But he did say that he has not committed malfeasance, reported Bangkok Post.

It was revealed yesterday that the items don’t appear on Gen. Prawit’s list of assets, though that could be because he bought them since he took office in 2014.

Thailand’s anti-corruption laws state that all owned items with a value of THB200,000 and above must be declared.

In the past, Prawit has said that the ring is only one karat and is an old family heirloom. 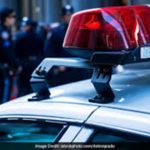