Home » Delta Plus variant found here is not the same as the one found in the UK. Thailand has discovered COVID-19 cases of the Alpha Plus and Delta Plus variants.

Health authorities said the Delta Plus variant found here is not the same as the one found in the UK.

The Department of Medical Sciences (DMS) today announced the discovery of 18 COVID-19 cases of the Alpha Plus variant, and one case of the Delta Plus variant of the SARS-CoV-2 virus.

The DMS Director-General Dr. Supakit Sirilak said the Delta variant continues to be the dominant strain in Thailand, accounting for 98.6% of all samples randomly collected from some 1,000 patients in the past week.

In the four southern border provinces where more variants of concerns are found, the latest genome sequencing data shows that the most dominant variant is the Delta variant at 90.3%, followed by the Beta variant at 5%, and the Alpha variant at 4.7%.

The DMS chief elaborated on the finding of the Alpha Plus variant in Thailand, with the first 2 cases found among inmates in Chiang Mai in September, and 16 more cases in Chanthaburi and Trat in October.

He said this ‘plus’ lineage has an extra E848K mutation in addition to the original Alpha variant, which could allow the virus to better evade the immune system, and potentially cause more severe symptoms.

He also elaborated on the finding of the Delta Plus variant in Ayutthaya, saying the patient was infected with the AY.1 variant of the virus, which belongs to the AY family of lineages branching off from the B.1.617.2 variant known as the Delta variant.

Dr. Supakit said every AY lineage is considered the ‘plus’ variant from Delta, with 18 lineages having been discovered in Thailand.

However, the case of AY.1 linage reported is not the same variant as the AY.4.2 reported in the UK.The AY.4.2 Delta Plus strain in the UK was discovered with Y145H and A222V mutations that allow the virus to spread 10-15% quicker than the original Delta variant, while the AY.1 Delta Plus variant reported in Thailand is the K417N mutation.

There is still no sufficient data to suggest whether this mutation can lead to more or less severe symptoms than other Delta Plus lineages.

The patient who contracted the AY.1 mutation in Thailand is reported to have already recovered from the disease.

Dr. Supakit said data from around the world now suggests the COVID-19 disease seems to have reduced its severity, but the transmission could however continue.

He said this is a good sign that the disease will eventually turn into an endemic, where new cases will continue to emerge but will be easily treatable. 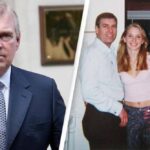 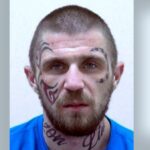 Monster’ jailed for attacking girlfriend with dog, blowtorch and shovel