Airports of Thailand (AOT) President Nitinai Sirismatthakarn says the latest AOT board meeting has decided to postpone the construction of Terminal 2 at Suvarnabhumi airport to allow more time for relevant studies to be finished.

The construction of Terminal 2 will be put on hold until decisions have been made by related agencies, including the ICAO and the Office of the Attorney General.

AOT’s board members have approved a short-term measure to boost Thailand’s aviation and tourism markets, by offering airlines which currently operate no international flights during 02:00-06:59 a.m., or airlines currently operating international services at Suvarnabhumi and Phuket airports to open new flights to or from both airports during such hours.

Participating airlines will receive a 50% discount for the landing fee and 200 baht in subsidy per passenger from 1 December 2018 until 31 March 2019. 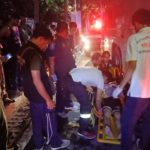