The global spy phenomenon, which began 60 years ago in 1962, has reportedly been snatched up by Warner Bros. in a deal that will keep the films in production until 2037.

Daniel Craig appeared as Bond in No Time to Die for the final time – by the time of its release, Craig had headed the espionage action series for a total of five films across 15 years.

Nobody knows yet who is set to replace Bond in the next instalment of the franchise, or when the next film is slated for release, but this deal will take the Bond series all the way up to its 75th year.

A source told The Mirror: ‘Bond is sure to still be in rude health at 75. There will be no hanging up the tux and martini,’ adding that it is ‘great news for fans’ and will enable the franchise to continue past its 27th film.

Reports emerged recently that Idris Elba, long touted for the role, has walked away from taking on the iconic role after years of talks (and years of rumours fuelled by fans of the franchise).

Speculation about the next person to take on the role of 007 is hotting up, with almost a year now having passed since the release of No Time to Die – the critically acclaimed 25th film in the series.

Barbara Broccoli, the films’ boss, remarked (while Craig still had the role) that Elba, 49, would not be involved moving forward: ‘Well, we know Idris, we’re friends with him, and he’s a magnificent actor. 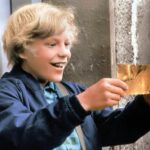 Thailand to welcome applications for its 10-year “golden visa” 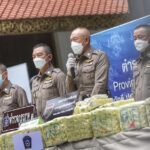