The last surviving Dambuster has died at the age of 101.

He died peacefully at his care home in Westbury on Trym, Bristol, on Wednesday night surrounded by his family.

He was a bomb aimer during Operation Chastise, which was tasked with attacking German dams during the Second World War.

Born in Lincolnshire, he was just 21 when he took part in the 1943 campaign.

The team of young men used bouncing bombs, targeted at dams in the Ruhr valley, which released water into areas used by Germany for war production.

Around a third of the RAF Bomber Command crew did not survive the raid, making it one of the most dangerous air operations of the war.

After the war, he worked as a teacher in Nottinghamshire.

In 2017, Mr Johnson was made an MBE after a campaign was launched by TV personality Carol Vorderman for him to become one and in the same year, was given an honorary doctorate from the University of Lincoln.

Speaking after he collected the honour, Mr Johnson said the Queen told him: ‘Glad to see the Dambusters are still here.’

Following the death of his wartime colleague Fred Sutherland in January 2019, Mr Johnson became the last survivor of the original flying members of 617 Squadron.

In 2019, he had an inter-city train named after him and in the last few years of his life, Mr Johnson took part in many public appearances and charity events.

On November 25, 2022, Mr Johnson, who retired from the RAF as a squadron leader, celebrated his 101st birthday.

Former RAF navigator John Nichol, who was captured during the first Gulf War, paid tribute to Mr Johnson and said: ‘Very sad to learn that the “Last Dambuster”, Johnny Johnson, has died aged 101.

‘His WW2 generation sacrificed so much, yet asked nothing in return. I was privileged to share many a bottle of his much-loved red wine.

‘The nation has lost a true hero. Blue skies Sir.’

His granddaughter Jenny Sextone, posted to Facebook and said his family were beside her ‘beloved Gramps’, at the time of his death.

‘We would appreciate your respect for our privacy in this family time,’ she added. 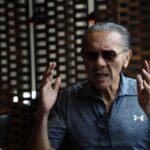 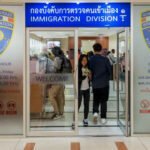