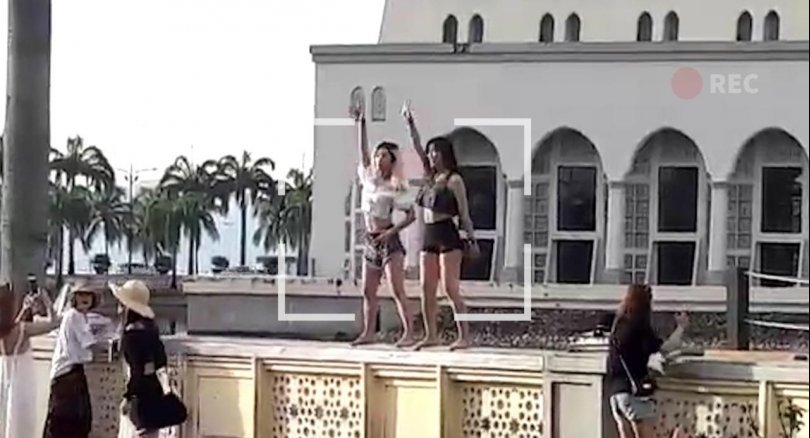 KOTA KINABALU: Two women who danced disrespectfully in front of the city mosque have been fined RM25 each.

The duo Wan Han, 37, and Zhang Na, 25, from China will be jailed seven days if they fail to pay the fine after pleading guilty to disorderly behaviour in public places before Magistrate Cindy Mc Juce Balitus on Wednesday (June 27).

They had committed the offence at about 4.30pm on June 23, on top of the wall outside the city mosque here.

During mitigation at the court, both of them whom were unrepresented, urged for a lenient sentence as they did not know what they did was wrong.

Prosecuting officer Inspector Albert Basiri asked for an appropriate sentence to serve as a lesson to them and others.

The duo paid their fines and were later escorted to the Kota Kinabalu International Airport (KKIA) where they flew back to China.

Their acts were taped on video and went viral, causing uproar among netizens.

The city mosque management later issued a temporary ban for visitors and vehicles to the area, except for taxis registered with them. A police report was lodged against them the day after the incident. 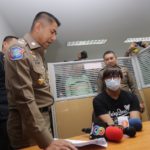 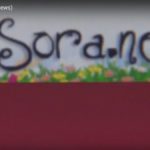