Chiang Mai citizens don’t know exactly how to feel with this news. A Chinese grandpa 63 years old who lives in a good house and drives a nice car has been driving around town and stealing trees from other houses in Chiang Mai.

He normally drives his car and parks it in front of the chosen house, walks and looks at the tree’s until he finally decides which tree he wants and drives away with the tree.

From appearances, it seems like he is financially capable of buying any tree he pleases to own, but instead, he has been stealing trees from other houses every day. At first, affected citizens tried to brush it off as he is old and is stealing only a tree, but it has become extremely annoying as trees have been disappearing every day. A homeowner in Chiang Mai finally couldn’t stand it anymore and decided to come forward to the police about the situation. 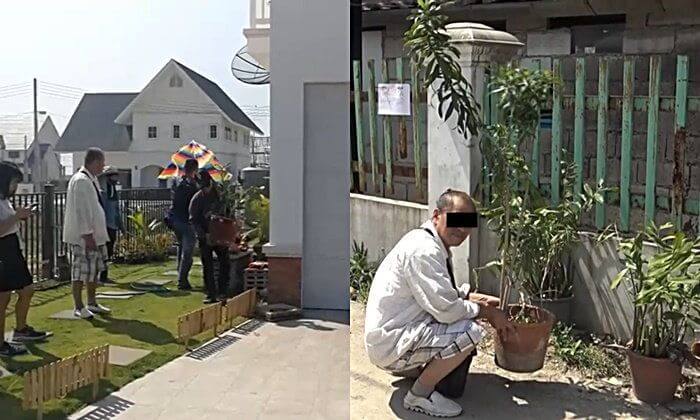 The police ended up finding over 20 stolen trees in the man’s home. A homeowner in Mae Jo Chiang Mai had security footage proof of the grandpa driving a gray car pass his home, grandpa then parked his car and came out of the car. Grandpa was wearing a white jacket with long pants, he walked to the house and started looking at the tree’s, he chose a tree that he liked and took it to the backseat of his car and drove away.

The homeowner decided that enough was enough and came to report the incident to the police on the same day, 18 February of this year. Passorn Panyarak, the son of the homeowner who is also police reported that villagers in the area have had tree’s disappearing from their homes’ almost every day, some even have had two stolen in one day. The tree thief came around his house again at about 6 am on the 4th of this month. This is when Passorn decided to hold the tree thief until the investigation police arrived. 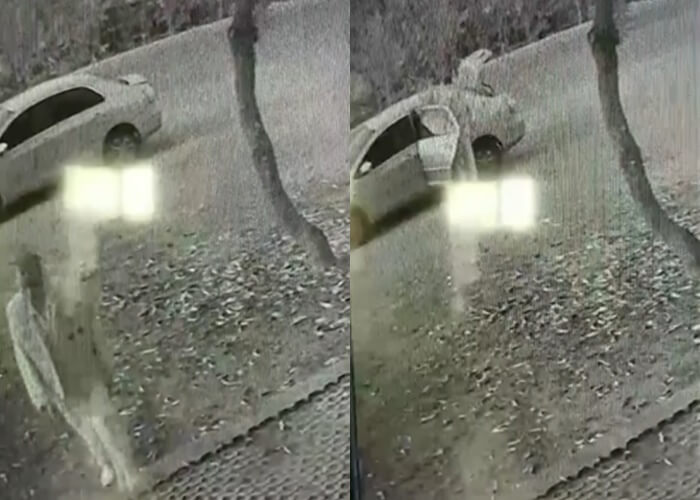 The man is Hui Jin 63 years old, when the police arrived in his fancy home they discovered over 20 stolen tree’s. Hui Jin reported that he had been living in this house for about 3 months. Hui Jin admits that he has stolen the tree’s because he is a tree lover and wanted to help take care of the tree’s left near the road or tree’s that were sitting alone. 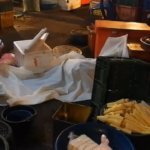