THE RINGLEADER of a child sex grooming gang has been sliced from shoulder to neck in a jail attack.

Ahdel Ali, 31, was knifed with a makeshift shiv made out of two razor blades embedded in cardboard.

He was rushed from HMP Wakefield to hospital for treatment, needing around 40 stitches for the deep wound.

The monster was caged in 2012 for abusing children as young as 13 in Telford alongside his brother Mubarek Ali, 35.

The pair trafficked victims around the country in what is Britain’s worst-ever child sexual exploitation scandal according to the Home Office.

Ali was allegedly targeted after his attacker found excrement in his jail cell.

“Ali and the other lad had a bit of a ruck earlier in the day,” a source told The Sun.

They added: “Prison officers split them up but they were still furious with each other.

“The other inmate went back to his cell later on and it had been covered in excrement.
“He flipped, blamed Ali and went straight back for him with the blade.

“It was a really nasty wound – Ali lost a lot of blood.

“He went to hospital and had around 40 stitches before being taken back to prison.”

The Ali brothers and their foul associates are thought to have abused as many as 1,000 victims.

Seven men, including the Alis, were jailed after the ring was uncovered in a police probe dubbed Operation Chalice.

He was sentenced to 18 years imprisonment. 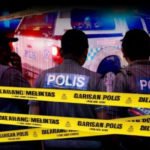