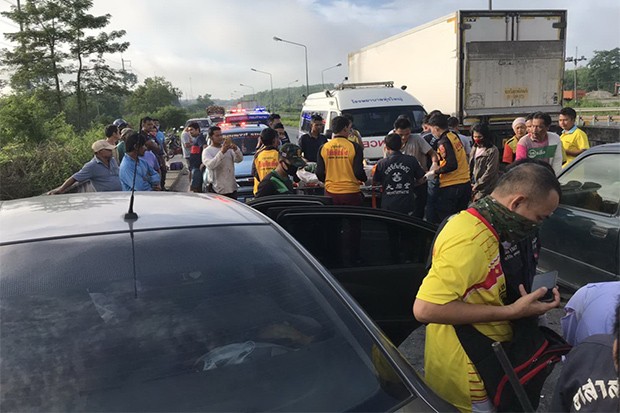 Four people were killed when the car they were travelling in rear-ended a six-wheel truck on Highway 41 in Thung Yai district on Monday morning, police said.

The car, a Betong-registered Chevrolet, was heading south when it crashed into the rear of the Hino six-wheel truck loaded with lumber travelling in front of it, said Pol Col Chokdee Rakwattanapong, the Thung Yai police chief.

Two women, Rattiya Lehni, 61, and Sofia Malae, 30, and a man, Taweesak Malae, 62, died in the car. Another woman passenger, whose name was not available, was rushed to hospital but declared dead on arrival.

The truck driver was detained for questioning. 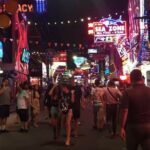 Bars set to reopen in July 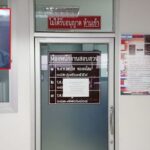