Home » British champion is fighting for his life after crash 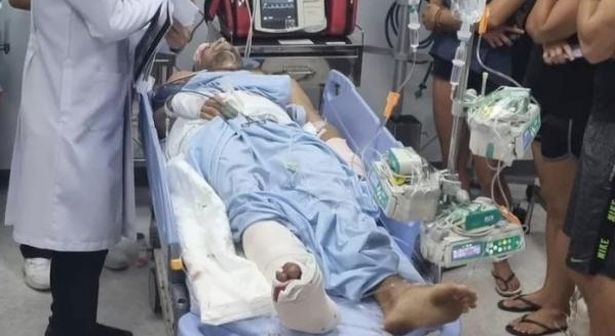 A British martial arts champion is fighting for his life after a crash in Thailand.

Top boxer Christian Richardson, 32, from York, was lucky to survive when his motorbike was crushed by a pick up truck as he left a coffee shop on April 13, the start of the country’s New Year festival.

Chris, who has been living in Thailand for nine months and recently won his first Muay Thai bout, suffered multiple injuries and broken bones.

He was given emergency treatment at a hospital in Koh Samui, before being airlifted to Bangkok where he is currently undergoing further surgery.

In York, he had worked as picture framer for the family business, Gillygate Framing.

His sister, Emmy Watson, said: “Miraculously, he didn’t die or have any brain or spinal injuries.”

Her brother is unable to get out of bed and is fighting a bad infection in his foot where he has a large open wound.

In the next few days, he is going to need both facial and eye surgery to repair a broken cheek bone and a bad orbital floor fracture.

As Chris was involved in the accident abroad, the treatment is costing him and his family thousands of pounds.

The family has launched a bid to raise £60,000 for the treatment, and to get him home to the UK.

Emmy added: “It’s been an incredibly difficult time for us all. However, thankfully, Chris is being well looked after in Bangkok.

“He is currently too unwell to bring home due to the extent of his injuries and the cost of his care is phenomenal.

The Mirror told in 2020 how former Thai boxing champion died after he was bitten by a huge centipede.https://get-latest.convrse

Dokmaipa Por Pongsawang, 52, suffered complications after he suffered a bite from a giant centipede in Thailand.

His daughter Jiraporn Moonkaset said her father was bitten on his left leg, but didn’t seek medical treatment for the wound until he fell seriously ill, with chills and dizziness progressing into a full coma.

According to reporters, Dokmaipa had diabetes, causing more complications and contributing to his death.

Dokmaipa became a Muay Thai boxer when he was just nine and would go on to win championships, earning the nickname “Powerful Southpaw”. 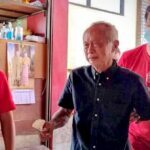 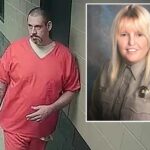