Home » British Airways cancels all flights to and from Italy 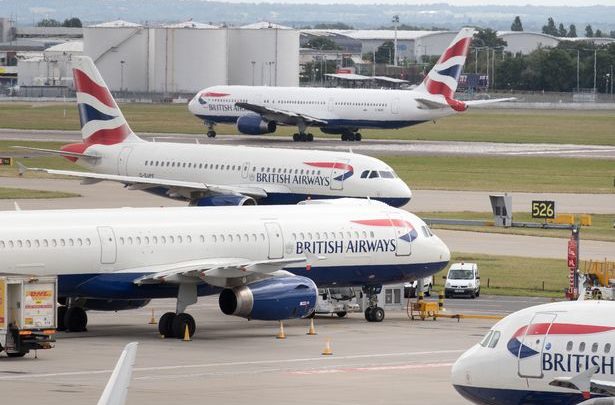 On Monday evening, the Foreign and Commonwealth Office (FCO) said the safety of Britons was the “number one priority” as it amended its travel advice

British Airways said it has cancelled all its flights to and from Italy on Tuesday.

It comes as British nationals are being warned against all but essential travel to coronavirus-stricken Italy in updated advice issued by the Government.

On Monday evening, the Foreign and Commonwealth Office (FCO) said the safety of Britons was the “number one priority” as it amended its travel advice.

It also said anyone returning from Italy should self-isolate for 14 days.

The updated guidance came after Italian premier Giuseppe Conte extended restrictions from the north to the entire country in an attempt to stop the spread of Covid-19, after the country’s death toll climbed to 463.

An FCO spokesman said: “We have amended our travel advice to recommend against all but essential travel to Italy.

“The safety of British nationals is always our number one priority.

“The advice is that anyone who arrives from Italy subsequent to the Italian government decision should now self-isolate for 14 days.”

A new government decree in Italy will require people throughout the country of 60 million to demonstrate a need to work, health conditions or other limited reasons to travel outside the areas where they live.

The restrictions will take effect on Tuesday and, like those already in place in northern Italy, will last until April 3, Mr Conte said.

Experts in the UK said the move was “unprecedented” and almost “certainly unsustainable”.

Professor John Edmunds, from the London School of Hygiene & Tropical Medicine, said: “This will be a long epidemic and the appropriate measures need to be taken at the right time to maximise their impact, help ensure compliance and minimise economic and social costs.

“These measures will probably have a short-term impact. However, if they can’t be sustained for the long term, all they are likely to do is delay the epidemic for a while.”

Paul Hunter, professor in medicine at the University of East Anglia, said: “The recent extension of Covid-19 controls in Italy represent one of the most rigorous country-wide control measures implemented in the last 50 years.

“Whilst we have seen in Wuhan that such intensive social distancing can bring the epidemic under control, it is far from clear how long this may need to be maintained in the Italian context.

“Unlike the situation in Wuhan where there was the possibility that the global epidemic could be prevented, Covid-19 is already spreading globally. So when the restrictions in Italy are eased there may still be a large number of cases in nearby countries that could lead to spread back into Italy.

“Would this degree of restriction be appropriate for the UK? Probably not as we are currently seeing a much more gradual increase in numbers and these are already distributed throughout the UK, unlike the situation in Italy where cases were concentrated in a single region.

“More rigorous social distancing measures are likely to be implemented in the UK over coming days or weeks as case numbers increase. But the timing of their introduction will be chosen to hopefully maximise the benefit whilst minimising the harm to British society.”

Earlier on Monday, England’s chief medical officer said anyone showing cold, flu or fever symptoms in the near future is likely to be asked to stay at home.

Professor Chris Whitty said the number of cases in the UK is going up and pointed to tighter measures aimed at protecting the public, particularly the vulnerable and elderly.

As of 9am on Monday, 319 people had tested positive for Covid-19 in the UK, up from 273 at the same point on Sunday, while five people have died in British hospitals.

The latest patient, at St Helier Hospital in Carshalton, south London, was in their 70s and had a number of significant and long-term health conditions. 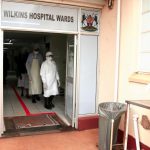 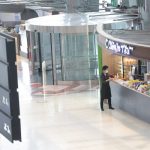