Home » Why are Western countries being hit harder than East Asian countries by coronavirus? 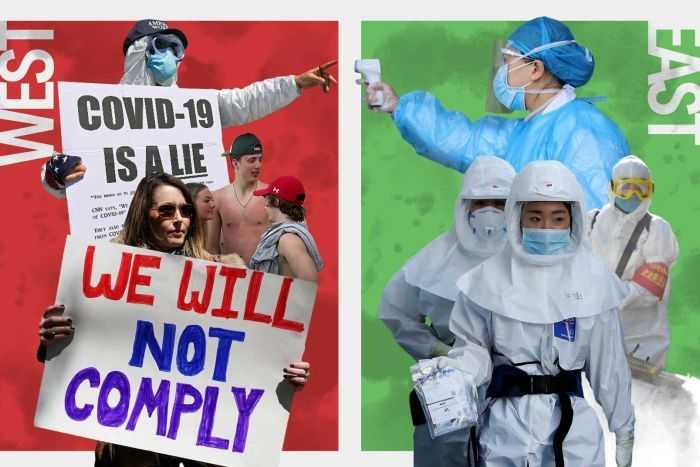 When the coronavirus initially swept across the East — first China, then Thailand, Japan, and South Korea — the Western countries watched on cautiously from the other side of the globe.

Many of them would not have anticipated how severely they would be hit, as the death toll rocketed past 100,000 in Europe and 46,000 in the United States this week.

The US, Italy, Spain, France and the United Kingdom have now all overtaken China with some of the highest numbers of reported cases and deaths around the world.

However, many remain sceptical about the accuracy of China’s official death toll, and that doubt was reinforced when Wuhan revised its total deaths up by about 50 per cent to 3,869 last week.

Other than China, no other Asian countries feature in the list of top 15 countries with the most confirmed cases, while Western countries dominate, according to figures from Johns Hopkins University.

The US has also become the new global epicentre of the pandemic, accounting for a quarter of the global coronavirus-related fatalities.

Singapore, South Korea, Hong Kong and Taiwan were among the first to be hit, drawing international praise for their response to the crisis.

But despite their early success, Singapore and Japan are now bracing for what some scientists fear is the second wave after a resurgence of cases.

Here we take a look at how the East has managed the outbreak compared to the West, and why the latter struggled to get a head start.

Health experts say the way in which a country and its population respond to a pandemic is shaped by cultural factors, its form of government and recent experience.

Gary Slutkin, an American epidemiologist and former World Health Organisation official, told the ABC those experiences were “very instructive” for the Asian countries and meant they were prepared to respond to a serious respiratory pathogen.

In comparison, he said even though the US also had cases of Ebola and SARS on its shores, it had not experienced a serious epidemic in recent history.

“So I think it’s the normal human ability to deny and also America’s distance, both physical and social, and the way it perceives itself as being better and above these problems.”

Paul Hunter, a professor of medicine at the University of East Anglia in England, told the ABC it was only after the Italy outbreak that many Western health agencies really started considering that COVID-19 was a real concern.

“But by then, effectively, I think it was a bit late, to be honest,” he told the ABC.

“And so things like getting in and increasing your stocks of PPE [personal protective equipment] … and building up capacity to do the tests was sort of not done at a time when it would have actually make a big difference, sadly.”

A damning New York Times report from earlier this month revealed US President Donald Trump had also squandered valuable time in the early months of the outbreak by repeatedly downplaying the severity of the virus as several government officials sounded the alarm.

After the US confirmed its first case on January 20, it would be almost two months before Mr Trump agreed to recommend social distancing rules.

In comparison, Ooi Eng Eong, a professor in emerging infectious diseases at the National University of Singapore, said the containment measures kicked in even as soon as the first case was detected in Singapore and was scaled accordingly.

“For instance, when news first got out that something was going on in China, plans were already put in place, that should such cases appear in Singapore, we will respond in certain ways.”

Professor Ooi said ultimately what authorities wanted to prevent was death from infection, so they needed to ensure there were enough intensive care unit beds and ventilators for the number of severe cases.

Meanwhile, Germany — which has also had a relatively successful battle with COVID-19 and is now looking to ease lockdown measures — has about six acute care hospital beds per 1,000 population.

But Giacomo Grasselli, a senior Italian health official at the epicentre of Lombardy’s coronavirus crisis, has said that a large outbreak would overwhelm the system “no matter how efficient, good, and modern it is”, and the key was controlling the spread of the disease. 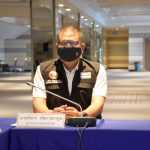 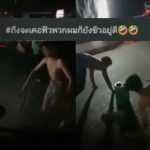 3 teens broke the curfew because they were “bored”