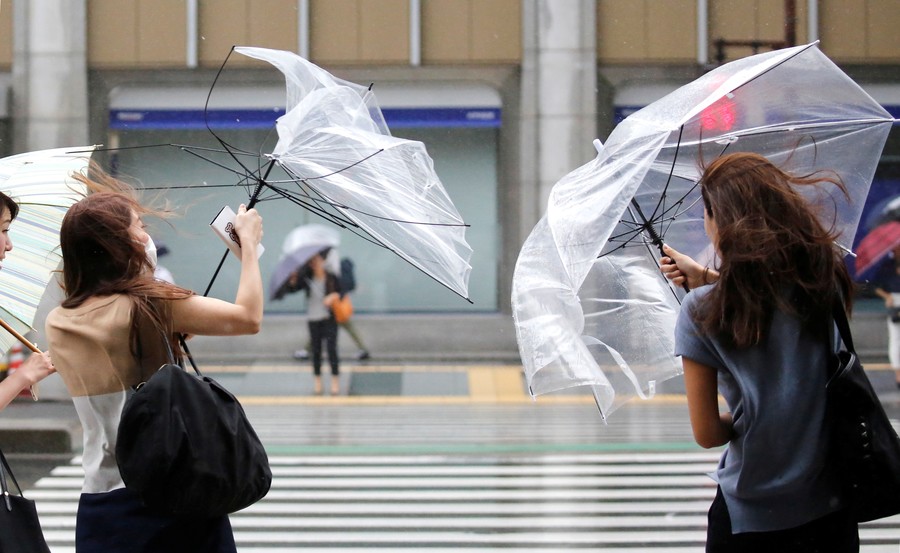 Japan battened down the hatches as the brute force of Typhoon Jebi swept the nation on Tuesday. But the extreme weather didn’t deter everyone from going to work, with a Domino’s pizza driver filmed battling the storm on a bike.

As wind speeds reached up to 135mph, one plucky and perhaps crazy delivery worker appeared to be ready to put his well-being on the line to carry out his duties.

It’s not known if the person caught on camera was in the middle of transporting a cheesy pizza, but he was togged up in full Dominos uniform. Filmed by a bystander, the driver’s struggle with Typhoon Jebi reportedly occurred on an Osaka city street.

The clip shows Typhoon force winds nearly upend the scooter motorist as he desperately – and  foolheartedly – attempts to drive into the brunt of the powerful gales. Eventually the storm appears to get the better of the man, who sees his vehicle smashed to the ground.

Typhoon Jebi has been described as the most powerful storm to hit Japan in a quarter of a century. At least 11 people have been killed and more than 200 injured as the storm made landfall along the southeast coast.