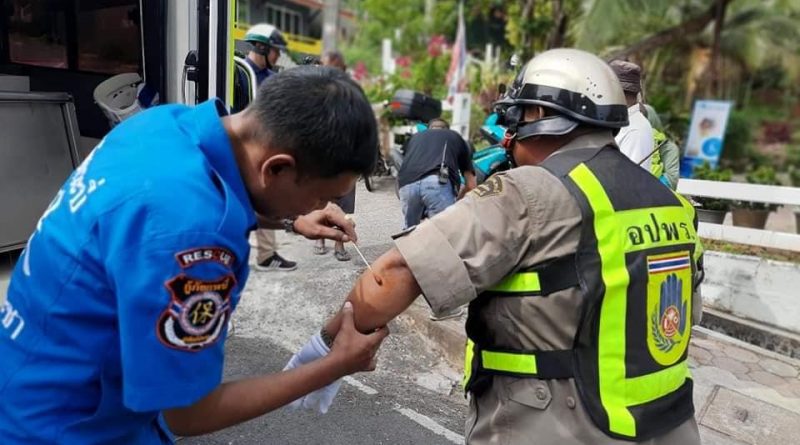 A Brave road volunteer in Krabi Province became a real-life hero after he jumped in front of a motorbike to save 4 lives, including 2 children.

The motorbike had faulty brakes and wouldn’t stop when it was going down a hill. The volunteer saw the family coming down and jumped in front of the motorbike.

When asked why he did it the volunteer simply stated that he knew a bad accident was waiting to happen.

The story went viral amongst Krabi netizens after one of the officials from Krabi Civil Defence Volunteer helped save a family by risking his own life.

The motorbike would have run straight into a store at the bottom of the hill. The story took place on Children’s day 11 January 2020.

The incident was recorded showing the hero’s bravery and how 4 lives were saved from a bad ending.

The father was driving the motorbike with his wife and 2 children sitting behind him. They were on the way to a Children’s Day event at the Krabi City Public Park.

The family was driving down a hill when suddenly the motorbike brakes wouldn’t work. The volunteer was helping with the traffic work when he saw the motorbike running down the hill. The father shouted to the volunteer “It won’t break!”.

He knew something wasn’t right and jumped in front to stop the motorbike from driving straight into the store below or being hit by cars driving past the intersection.

Only 3 people received minor injuries that included scratches from the fall. Tanawat Tratreng the hero shared the story and pictures on his Facebook account.

Tanawat stated in the caption “Better to be hurt here, then to let them get in a bad accident ahead”. The local rescue team came in to help right away with medical care before everyone involved continued with their daily lives. 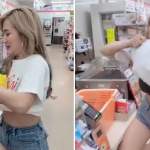 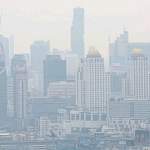