England’s Plan B restrictions will be scrapped next week, Boris Johnson has confirmed.

Mandatory mask-wearing in shops and on public transport will come to an end when regulations expire on January 27.

People will no longer be advised to work from home as Omicron cases fall across the country. Meanwhile, mandatory Covid passes will be abandoned.

From tomorrow, face coverings will not be needed in classrooms and the guidance to wear them in communal areas will shortly be removed too.

The Government will ‘continue to suggest the use of masks in enclosed or crowded spaces, particularly when you come into contact with people you don’t normally meet’.

But the prime minister said he ‘would trust the judgment of the British people and no longer criminalise anyone who chooses not to wear one’.

The Tory leader has also confirmed his intention to end the legal requirement for people to self-isolate if they test positive for Covid as soon as March 24, or earlier.

He told MPs: ‘As we return to Plan A, the House will know that some measures still remain, including those on self-isolation.

‘In particular, it is still a legal requirement for those who have tested positive for Covid to self-isolate.

‘On Monday we reduced the isolation period to five full days with two negative tests, and there will soon come a time when we can remove the legal requirement to self-isolate altogether, just as we don’t place legal obligations on people to isolate if they have flu.

‘As Covid becomes endemic, we will need to replace legal requirements with advice and guidance, urging people with the virus to be careful and considerate of others.

‘The self-isolation regulations expire on March 24, at which point I very much expect not to renew them. Indeed, were the data to allow, I’d like to seek a vote in this House to bring that date forward.’

Yet, Mr Johnson has warned ‘the pandemic is not over’, saying there are still over 16,000 people in hospital in England alone.

Omicron is ‘not a mild disease for everyone’, including the unvaccinated, and people still need to take precautions, he said.

Minutes before, the PM had faced calls to resign in Parliament amid public outrage over a number of lockdown-breaking Government parties.

As his political fate hangs in the balance, one of his own MPs even told him ‘In the name of God, go’.

But he used his announcements as an opportunity to praise his Government’s decision-making during the pandemic.

He said: ‘This week the World Health Organisation said that while the global situation remains challenging, the United Kingdom can start to see the light at the end of the tunnel. This is no accident of history.

‘Confronted by the nation’s biggest challenge since the Second World War, and the worst pandemic since 1918, any Government would get some things wrong – but this Government got the big things right.’

However, the Royal College of Nursing has argued dropping Plan B will do ‘nothing to ease the pressure on the NHS’.

Labour leader Sir Keir Starmer said he would support the relaxation of Plan B ‘as long as science says that it is safe’.

He has demanded Boris Johnson to release the scientific evidence behind his decision to reassure people that ‘he’s acting to protect their health, not just his job’.

Ministers will soon set out its ‘long-term strategy for living with Covid-19’ to ‘explain how we hope and intend to protect our liberty and avoid restrictions in future by relying instead on medical advances’. 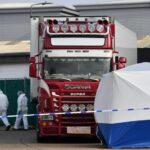 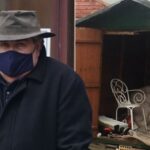