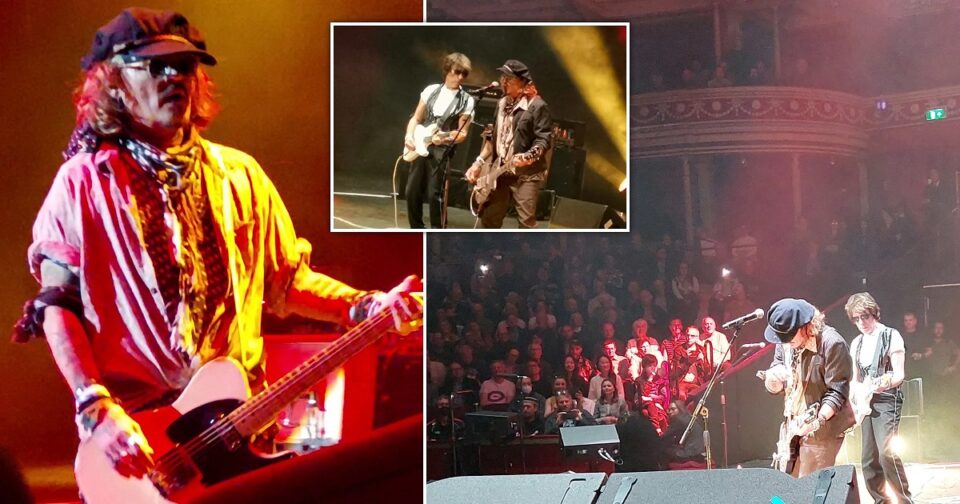 Johnny Depp received a standing ovation at the Royal Albert Hall when he joined Jeff Beck on stage for a second time as he awaits the verdict in his trial against Amber Heard.

The jury return to their deliberations today, but the trial seemed far from Depp’s mind as he thanked fans for their applause on stage at the London show a day after he joined Beck in Sheffield.

Amid the long applause, fans could also be heard cheering Depp’s name.

Attendees were stunned to see him, with one, Angela Flannery, telling the PA news agency: ‘I was pretty shocked.’

She added: ‘[I have] always been a massive fan of his. My other half took me to this gig just to see Jeff Beck, I had no idea Johnny would be playing.

‘It was brilliant, such a fantastic night in general… a special mention to the drummer girl, she was absolutely amazing [and] Johnny Depp smashed it.

Beck welcomed Depp to the stage by saying: ‘He came knocking on my dressing room door about five years ago and we haven’t stopped laughing since.’

He added that the appearances were kept quiet ‘for obvious reasons’ as he appeared to avoid mentioning the trial.

Photos emerged of Depp, 58, strumming his electric guitar and singing into the microphone during his second unannounced appearance.

On Sunday, he performed alongside Beck at Sheffield City Hall much to the surprise of audience members who weren’t expecting him to pop up on the UK tour.

During the show, Depp and Beck sang their 2020 song Isolation, a remake of John Lennon’s 1970 hit.

The Edward Scissorhands actor, who is also part of the band Hollywood Vampires with Alice Cooper and Joe Perry, also performed a couple of other covers, with he and Beck rocking out to Marvin Gay’s What’s Going On and Jimi Hendrix’s Little Wing.

Many expected Depp to remain in Fairfax, Virginia where the bombshell libel trial has played out for more than a month, and where a verdict is imminent.

Depp is suing ex-wife Heard over a 2018 article she wrote for The Washington Post, in which she detailed her experience of domestic abuse.

While the op-ed didn’t name Depp, the actor’s legal team argued that it suggested he was physically and sexually abusive towards her during their marriage. Heard is counter-suing Depp for $100million (£79m).

On Friday both sides gave their closing statements, urging jurors to consider other victims of domestic abuse. The jury is now deliberating on the case, which began on April 11, and will resume on Tuesday after which a verdict could be expected at any time. 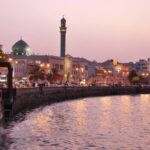