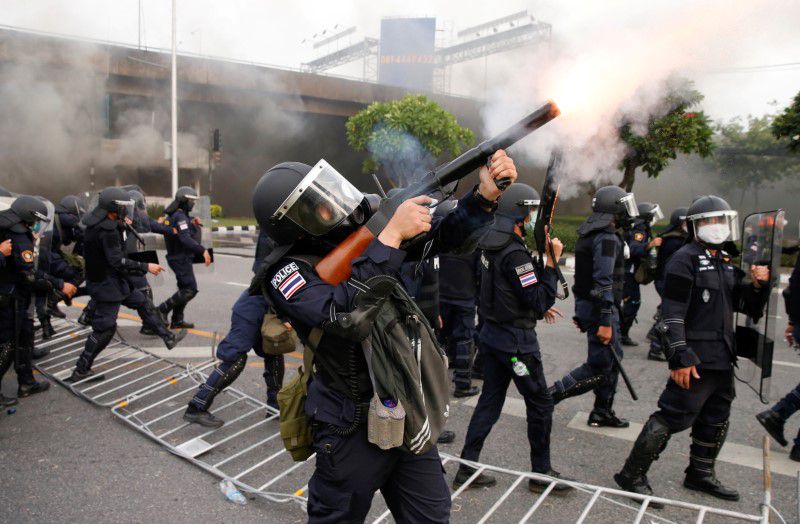 Police in Thailand fired tear gas, water cannon and rubber bullets to disperse protesters who took to the streets of Bangkok on Tuesday amid anger over the handling of the coronavirus pandemic by Prime Minister Prayuth Chan-ocha’s government.

At least six police officers were injured during the clashes, with one officer shot in the leg and three others hit by shrapnel from a homemade bomb, police said.

The number of injured protesters was not known. At least six protesters were arrested, the police said after earlier warning that all public gatherings were illegal under COVID-19 emergency rules.

Two police booths were also set on fire as sporadic violence continued into the night.

“The action of protesters shows intent to damage government property and the public as well as to hurt police officers,” Piya Tavicha, deputy head of the Bangkok police, told reporters.

The clashes broke out after thousands of protesters drove in a convoy of cars and motorcycles through the capital.

They stopped at several buildings linked to cabinet members or supporters of Prayuth to make speeches and call for resignations, accusing the government of mismanaging the pandemic and abusing its power to silence critics.

“The government lacks the ability to manage the country, and only see the interests of the elite,” Benja Apan, a student activist, said in a statement read out from the top of a truck in Bangkok’s business district.

“If the situation remains like this then we can expect the country to face an unsurvivable disaster,” she said.

Hospitals have been pushed to the brink by the latest wave of cases and Thailand reported on Tuesday a daily record COVID-19 death toll of 235 – nearly four times as many as in the whole of last year. Thailand’s total death toll since the pandemic started is 6,588.

Thailand’s youth-led protest movement appears to be regaining momentum after demonstrations last year attracted hundreds of thousands of people before a crackdown by authorities.

The protesters have also broken traditional taboos by demanding reform of the monarchy, risking prosecution under a lese majeste law that make insulting or defaming the king, queen, heir and regent punishable by up to 15 years in prison.

Protest leaders who had spent time in jail over previous demonstrations and been released on bail have gone back into custody in recent days including Panupong “Mike Rayong” Jadnok, Jatupat “Pai” Boonpattararaksa and Parit “Penguin” Chiwarak.

Human rights lawyer Arnon Nampa also faced new lese majeste and other charges for a speech he made last week. 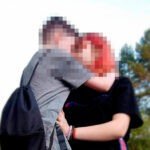 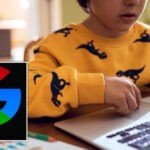