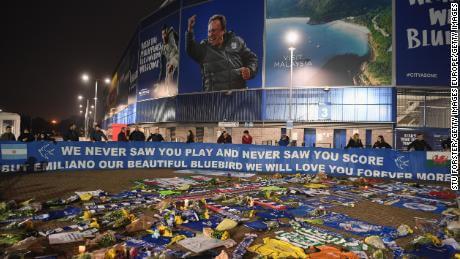 Southampton under new Austrian boss Ralph Hasenhuttl have looked a different team but are still having game management problems and conceding late goals. Burnley equalised in the 90 + 4th minute last week in the 1-1 draw and Everton, created a nervous final eight minutes of added time, when pulling one back in the 90 + 1st minute in their 2-1 defeat at St. Mary’s.

Overall home form has been poor with only Huddersfield in a worse position. They’ve won two, drawn six, and lost four scoring 14 goals in those 12 games. Both wins, against Arsenal and Everton, came after Mark Hughes departed. Burnley, Brighton, Newcastle, and Crystal Palace have all left St. Mary’s with a point and it’s important that Saints start picking up the maximum when entertaining teams in their end of the table. After today Fulham visit on February 28th and Huddersfield will arrive on May 12th for the final game of the season. Nine points, against the three relegation favourites, should ensure another season in the Premier League.

Under Hasenhuttl Redmond looks a different player and has managed three goals in nine league games. He went 17 consecutive league games without scoring this season and only managed one last season. He’s a confidence player who could be a match winner today.

This will be another emotional day for Cardiff with the recent news that the body of new signing Emiliano Sala has just been found. Back in October Cardiff were the 1st team to face Leicester after their tragedy. Both sets of fans are expected to show their respect today.

One Win on the Road

Cardiff picked up three points at Leicester in December thanks to a 90 + 2nd minute goal from Victor Camarasa. If they are still in the game, as the clock ticks towards 90 minutes, there might be a few worried looks on home fans faces at St. Mary’s.

Danny Ings missing for Saints again is a big blow and a lot of pressure will be on Nathan Redmond to calm the home fans nerves. Cardiff have scored seven times on their travels this season, the lowest return in the Premier League, but after beating Bournemouth last week they will be hoping for a south coast double.

Watford are sitting comfortably in 8th place and have only lost twice in the last ten games. Both 2-1 against Chelsea and Spurs. This run started with a 2-2 draw at Everton where they conceded in the 90 + 6th minute.

Everton boss Marco Silva’s, return to the club he previously managed, has sparked some interest this week with Deeney requesting his home fans to lay off Silva. During a fans forum, he went on to say that Watford’s players would extract retribution on their opponents by kicking them off the pitch! Deeney, with only five goals this season, might find a goal, or two, a much better option

Everton are poor despite three wins in the last ten games against Burnley, Huddersfield, and Bournemouth. In all competitions, they’ve lost four of the last five which includes their FA Cup defeat at Millwall. Silva is also under pressure and is now the 2nd favourite in the Premier League’s next manager to be sacked sack race. Leicester’s Claude Puel is favourite.

Richarlison also returns to his former club after his £35M, potentially rising to £50M, move in the summer. So far he’s scored ten in the Premier League including one in the 2-2 with Watford back in December. He started the most recent game on the bench so it will be interesting to see what Silva does today and how the home fans react.

On paper, this looks like a close contest but Watford, hopefully playing football as opposed to Deeney’s other option, should have enough against the Toffees who seem to have a soft centre these days.

Brighton, after three losses in a row, steadied the ship with a 0-0 draw with Watford last week and 27 points isn’t that far from safety. But if they lose today, and Cardiff starts picking up points. Manager Chris Houghton might be nervously looking over his shoulder. The FA Cup replay battle with West Brom on Wednesday might mean a few tired legs are on show today.

Glenn Murray has ten Premier League goals this season and, despite his 35 years, he should be quite fresh as he came on in the 101st minute against West Brom. During his 19 minutes of midweek action, he scored two as Brighton ran out 3-1 winners.

Last week, after more than 6,030 hours of Premier League action Burnley were awarded a penalty to save the game against Southampton. But Burnley are on a good run right now having not lost in six since Everton crushed them at home 5-1. Despite that, they remain in 16th place two points above Cardiff.

Ashley Barnes scored the 90+ 4 minute penalty for Burnley last week and should have earned a penalty himself during the first half when Southampton keeper Alex McCarthy took him out. The aggrieved Barnes ended up with a yellow card for simulation which could have turned to a red for his angry rant at an assistant referee who had a perfect view of the incident. Barnes has scored two in two and will be looking to make that three today.

If Burnley win today they will join Brighton on 27 points and that will be a big step in their quest to banish their Europa League hangover.

How to cook the perfect sweet and sour pork