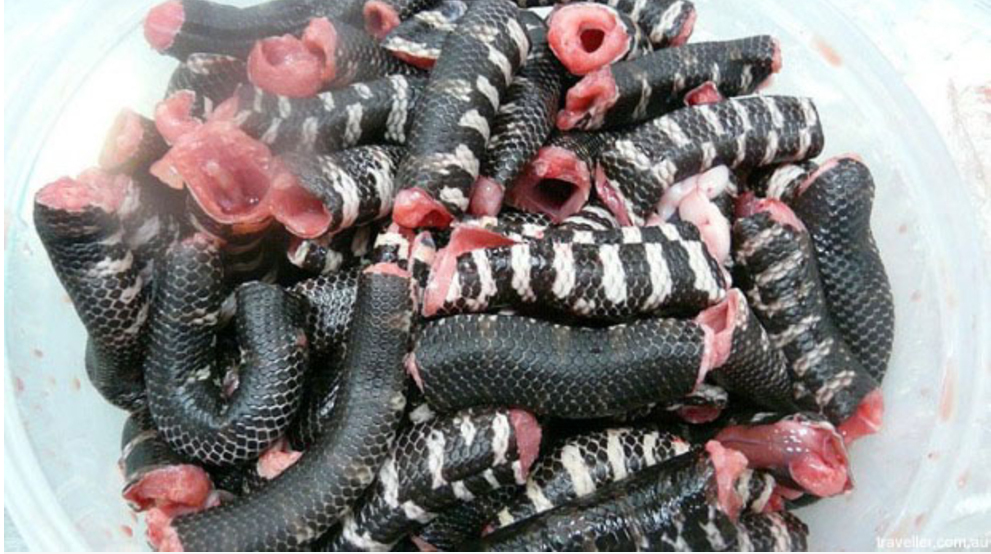 Bangkok police busted a Chinese restaurant yesterday that serves exotic animal meat after learning that protected species of snakes and turtles were also on the menu.

Twenty officers from the “Wild Hawk” task force of the National Parks, Wildlife and Plant Conservation Department detained seven people working at Luang Toto restaurant, which caters mainly to Chinese tourists, in the Wang Thong Lang area. As they entered the eatery, there were two plates of cobra meat ready to be served and they found, behind the restaurant, a room where the animals were butchered.

The rat snake, pangolin, and turtles are protected animals. While cobras aren’t protected, Thai law says it is illegal to cage them, and it’s assumed that the snakes at the restaurant were caged before they were butchered.

Restaurant manager Chamu Sae-Yi, 66, and six staff members from Myanmar are being held.

Chamu was charged with violations of the 1992 Wild Animal Reservation and Protection Act. If found guilty, he could receive a four-year prison sentence and/or a fine of up to THB40,000.

The staff members have not yet been charges, but they have been detained, and police are checking to see if they have permission to work in Thailand. 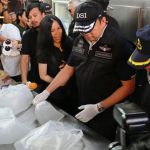