Home » ‘Bamboo Train’ Cambodia’s homegrown is end of the line

Battambang, Cambodia – With a wooden platform jerry-rigged to a small engine, Cambodia’s one-of-a-kind “Bamboo Train” delights tourists as it clatters through bucolic countryside — but its days are numbered as the Southeast Asian nation plans a railways overhaul.

The bamboo-lined flat trollies are a testament to Cambodian creativity and enterprise in an impoverished nation with little infrastructure. They were first invented as part of a homegrown, unofficial transport system to make use of the country’s abandoned colonial-era train tracks but later morphed into a popular tourist attraction. But the hallowed site in northwestern Battambang province will soon be no more as a government project to refurbish the country’s dilapidated rail system inches closer.

That is especially worrying news for the community of drivers, ticket-takers and snack vendors who live off the proceeds from the unique attraction that has become a fixture on the tourist circuit. “We are very worried about how we will make a daily income good enough to feed ourselves,” said 49-year-old Soy Savuth. He is one of several drivers who spend their days shuttling a trolly up and and down the seven-kilometre (four-mile) track, charging foreigners $5 a ride.

Built under French colonial rule, Cambodia’s railroads once ran from the southwestern seaport of Sihanoukville, then known as Kompong Som, to the capital and up north to the Thai border. But decades of civil war and neglect left vast stretches of track in ruins or overgrown with weeds. With cars a luxury of the rich and roads in similarly bad shape, Cambodians started building their own small bamboo trollies in the 1980s to ferry people and goods across the countryside.

The earliest versions were hitched onto the railtracks and simply pushed along by a bamboo pole. Then they started using small petrol engines that connected to a fan belt that spins one of two axles, propelling the carts along at about 15 km/hour. As Cambodia’s roads improved, locals started moving away from using the bamboo carts — known in Khmer as “norries” — to transport goods. Tourists filled the demand gap, with savvy operators in Battambang charging backpackers to hitch a ride on a unique piece of Cambodian railway culture. On a recent Sunday the dusty site was billowing with foreign and local tourists, eager to pile on for the windy trip through rice fields and over small creeks.

In recent years the government has turned its attention to its railways. In April 2016, the line from Phnom Penh to Sihanoukville was reopened to passenger trains, displacing dozens of bamboo trolley operators. Previous deadlines to close down Battambang’s Bamboo Train operators have passed without consequence in a country where projects are routinely hampered by delays. But Soy Savuth and the other drivers are worried that the latest threat is real. “If there are no rails to drive on, it will be hard to find a job because this is the only skill I have,” he said. Asia Nation 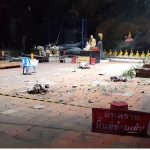 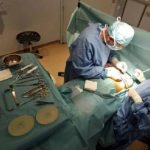