Home » Real Estate in Silom now the most expensive

Real Estate in Silom now the most expensive

New data reveals that the priciest real estate in all of Thailand is located in Silom, where a square wah (4 square meters) sells for a whopping THB1 million!

For those on a budget, the data from The Treasury Department says you might be better off buying in Bang Khun Thian, where a wah can be wooed for just THB500.

The most expensive place to buy outside of Bangkok is Songkhla’s resort town of Hat Yai, where a wah goes for THB400,000.

For a bargain basement price, purchase in Khok Charoen, Lopburi, for only THB20 per wah. 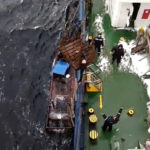