Home » ATM robber planned to use bombs in other crimes 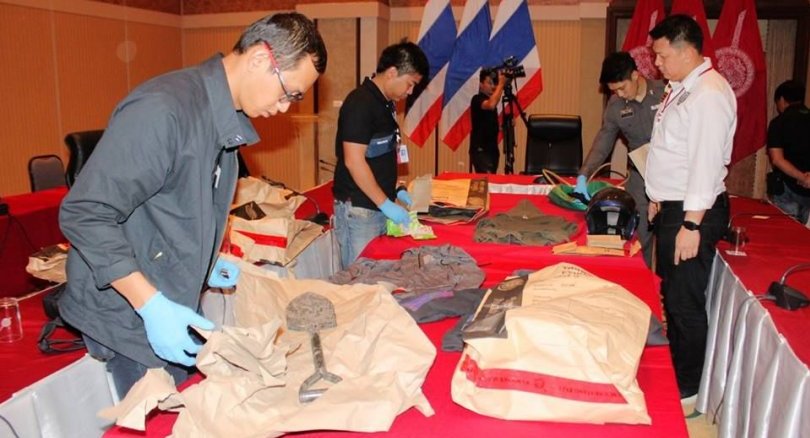 Police suspect that a Polish man accused of blowing up a Bangkok Bank ATM in Bangkok earlier this month had plans to commit other similar crimes in Thailand.

The suspicion is based on explosive components police found in the apartment of Gracjan Pawel Stanisewski, 38, in Soi Ramkhamhaeng 50, which they raided on Tuesday. Based on calculations of the number of components, national police chief Pol General Chakthip Chaijinda said the suspect could have made a few more attacks.

Investigations showed that the suspect traveled to Malaysia two days after the alleged attack and he had bought the components found in the apartment from Malaysia. Chakthip said that this was the first time he had seen such a method used in robbing a bank, adding that he did not know the exact details of the crime.

He called the device used as a “balloon bomb”, as it was believed that the suspect increased the pressure in a balloon until the bomb exploded and destroyed the ATM. Staniszewski denies charges of burglary and destroying barriers by using a vehicle to steal assets. It is alleged that he blew up the Bangkok Bank ATM in Bang Kapi district on the night of September 13 and escaped with Bt300,000 in cash.

Chakthip said that, although the suspect denied the charges, police are confident about the evidence, including DNA from the suspect found on items they had collected. Police will talk to the Polish man’s Khmer wife to find out whether she was involved in the heist. Thai police will also seek information from Interpol as to whether there have been similar uses of explosives to rob ATMs elsewhere in the world.

Meanwhile, the Polish Embassy in Bangkok has refused to allow one of its diplomats to act as a translator for the suspect, who has refused to talk to Thai police in English. An embassy representative met with the suspect and said that acting as a translator would cause conflicts with the suspect because they have the same nationality. Therefore, police will have to find a non-Polish translator. Metropolitan police chief Pol Lt-General Sanit Mahatavorn said police believed Stanisewski acted alone.

The suspect was nabbed during a raid on his apartment after an investigation of CCTV footage led police to him.   Source: Nation News