Thai man and friends have their car stolen outside Pattaya Pub

A Thai man and Chinese girl hanging out in the pub, then realized he has lost the key to the car.

At 3 am, September 25th, Patrol police of the Pattaya City has been informed from Mr. Sit Singhasenee 38 years old, he is from Sa-Kaew, that the unknown people were shoplifting a car, A Honda City 2012, Bangkok, license plate 2 Kor-Phor 9684 Bangkok (2กผ 9684 กทม). Travel to check out at a famous Pub & entertaining area in Pattaya.The crime scene was found a couple of 1 Thai male 38-Year-old and 1 Chinese female standing in the symptoms of a serious of shocked,

At the crime scene, there was found a couple of 1 Thai male 38-Year-old and 1 Chinese female and their friends standing in the symptoms of a serious of shocked,

He and his girlfriend have been hanging out in the pub for about 2-3 hours while they have lost a car key with a remote control in the pub, but during the fall, they don’t know. when they are ready to go home, that is when he realized that he has lost the car key.

about 20-30 minutes before he comes out to the carpark area, there were 3 men about 30 years-old who was looking for the car by using the remote control, (as shown in Video clip) said the security guard, and he offered to help and ask what type of car, Honda City those guy’s replied before the remote control found the car, “its my brother’s car” One of them has claimed for it.

Inside the Car, Mr. Sit girlfriend has left her belonging there are worth of thousands of baht including her passport before they join their group of friends inside the pub. (Video clip) Source: we love Pattaya 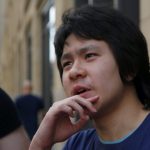 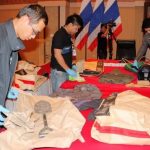