Two pilots fell asleep in the middle of a flight but somehow managed to land the plane without anyone getting hurt.

Ethiopia Airlines flight ET343 was travelling from Khartoum to Addis Ababa on Monday when the terrifying incident unfolded.

The pilots controlling the Boeing 737 were meant to begin their descent to Addis Ababa Bole Airport, but flight radar data shows they overshot their destination.

Air traffic control tried to get hold of the pair but were unsuccessful, but eventually they woke when the autopilot disconnected and sounded an alarm.

Radar shows the pair – at this point probably very freaked out – turning around and making a second attempt at landing the plane.

Data confirmed the aircraft stayed at 37,000 feet as it shot straight over the airport, the Aviation Herald reports.

‘Why hadn’t it started to descend for landing? Both pilots were asleep.’

He said the pair were suffering from ‘pilot fatigue’, which he described as ‘nothing new’.

‘Hopefully both pilots got fired and the aviation authorities starting an investigation on the crew duty schedules etc of this airline! Thanks god that nothing bad happened,’ one person wrote.

Others described the incident as ‘mad’ and ‘unprofessional and dangerous’, but others were more sympathetic, suggesting the pilots could have been ‘overworked’.

An unsurprised ex-air traffic controller added: ‘Trust me when I tell you its happened here as well.’ 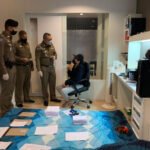 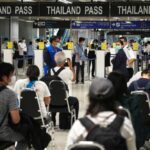