Home » Anti-vax boxing champion dies of Covid after discharging himself 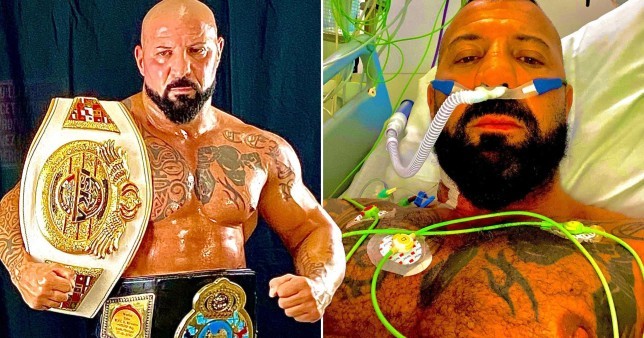 A world champion kickboxer has died from Covid after discharging himself from hospital and refusing to get the vaccine.

Frederic Sinistra, 41, said the ‘little virus’ would not stop him despite being admitted to intensive care with breathing difficulties in late November.

The three-time world champion told his social media followers he would treat his symptoms from home but he suffered a heart attack on December 15 and his partner announced he’d died the day after.

The Belgian-based fighter, known as the Undertaker, had previously been critical of face masks and vaccine passes, apparently believing his youth and fitness would protect him against the virus.

He called Covid ‘la grippe des cheveux’, translated as ‘the hair flu’ and rallied against restrictions.

His coach, Osman Yigin, said he had convinced Sinstra to go to hospital because he was displaying Covid-like symptoms.

Yigin told Belgian media outlet SudInfo that he’d threatened to refuse to train the fighter unless he sought help.

Sinstra – once branded ‘Belgium’s strongest man’ – said he was ‘disgusted’ when he was forced to call off a fight planned for December 4 due to his illness.

Despite being seriously unwell, he posted: ‘I was born premature and I will continue to fight to the death like a man without ever giving up and dying without regrets’.

He died in his home town of Ciney, having decided to leave hospital and treat himself with oxygen.

Belgium, like much of Europe, is in the grip of a wave of Covid cases that has resulted in governments implementing new restrictions over Christmas.

Some 90% of the country is vaccinated but it has seen a number of protests against Covid measures from a small but vocal group of anti-vaxx activists. 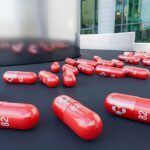 Thailand to go ahead with Molnupiravir pill 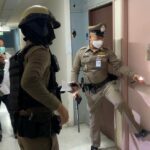