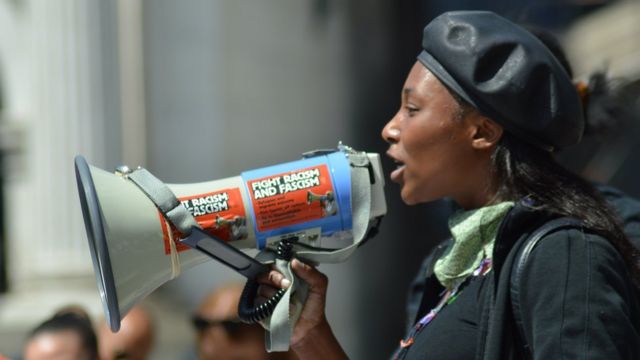 ive people have been arrested after a prominent Black Lives Matter activist was shot in the head at a party in south London.

Sasha Johnson, 27, is critically ill in hospital after being shot at a house party in Peckham on Sunday.

The Met said five males, aged between 17 and 28, have been arrested on suspicion of attempted murder, as well as other offences.

Searches are also being carried out at two addresses in Peckham.

Ms Johnson was left in a life-threatening condition following the shooting at the property in Consort Road at about 03:00 BST.

He was arrested on suspicion of possession of an offensive weapon and possession with intent to supply class A drugs.

Further investigations led police to an address in Peckham where three men, aged 18,19 and 28, were all arrested on suspicion of affray and possession with intent to supply class B drugs.

A 25-year-old man was held later in the evening following a police chase.

The Met said he had been arrested on suspicion of affray and failing to stop for police.

All five were later also arrested on suspicion of attempted murder and remain in custody, the force added.

Supt Kris Wright said the arrests had been “the result of instinctive local police work, combined with fast-time intelligence gathering”.

“Local officers, supported by specialist teams, will continue to be in and around the Peckham area in the coming days and I continue to urge anyone with concerns to engage with them,” she added.

Some 30 people had been at the party when Ms Johnson was shot.

Another man, who was thought to be in his 20s, also suffered a “superficial knife injury” during the attack.

Det Ch Insp Richard Leonard said the “arrests show that progress is being made” in the investigation but it remains “in its early stages”. 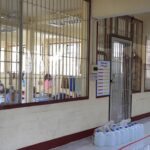 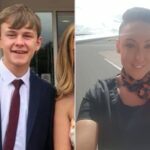